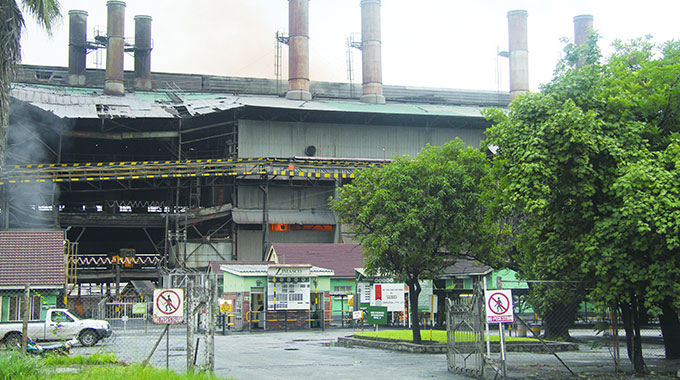 The company suspended its smelting and mining operations in March as the local industry suffered from the crippling effects of the deadly Covid-19 pandemic.

Following the Government’s move to reduce cross-border movement among other lockdown measures to curb the spread of Covid-19, Zimasco was left with no option but to temporarily halt operations.

The stainless-steel market where Zimasco also supplies most of its product, had also been crippled by the effects of Covid-19, leading to reduced orders for ferrochrome.

“We are currently preparing to restart production to produce for the fourth quarter and we are hopeful for the support from the authorities in addressing the cost challenges,” she said.

“We are working on ore supply and delivery schedules so that our restart should be imminent. We intend to produce from both furnaces at East Plant.”

Portnex Private Limited, which used to lease the West Plant has since closed but Ms Sadomba could not comment on the issue.

“All I can confirm is that Portnex are currently not operating our West Plant furnaces. Unfortunately, I cannot comment on Portnex as their issues are before the courts at present,” she said.

A visit to the East Plant by this news crew revealed that maintenance and sprucing up work had started with the preparations to light the furnaces well on course.

Workers and prospective job seekers were also seen milling around.

Zimasco is an integrated ferrochrome producer and operates chromite mining locations in Shurugwi, Guinea Fowl, Lalapanzi, Mutorashanga and tributary operations along the Great Dyke of Zimbabwe.

Its non-core operations include coal-bed methane and ranching assets in Zimbabwe. The company employs 750 workers directly and more than 1 000 indirectly. The Chronicle