An accounts clerk employed by Hwange Local Board (HLB) who was accused of allegedly transferring close to $200 000 to his personal bank account thereby defrauding the local authority has been found not guilty and acquitted. 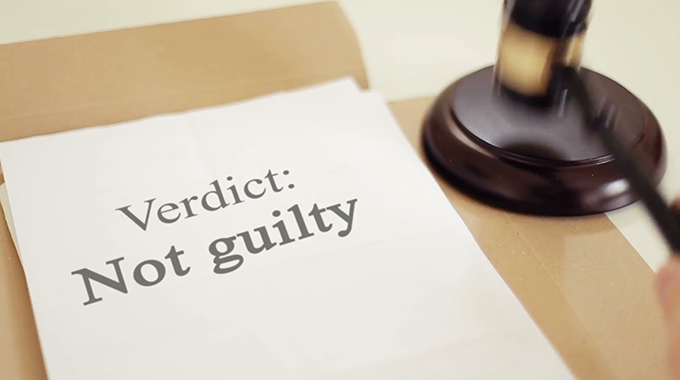 Allegations were that Maxwell Kwidini (29) of Empumalanga suburb in Hwange transferred the money from the local authority’s two bank accounts to his personal account on four different occasions between December last year and February this year.

It was said Kwidini transferred $33 954 to his account on December 2 last year and another $142 810,64 on December 30, before also separately transferring $4 267 and $5 175 claiming the money was for his fuel, travel and subsistence allowances for attending a procurement meeting in Harare.

The money was supposed to be paid to Soms and Lo Digital who had been contracted to supply an Iphone XS for the town secretary Mr Ndumiso Mdlalose and 14 tablets for HLB councillors.

Kwidini, who was represented by Ms Linda Mthombeni of Dube, Nkala and Company, pleaded not guilty to four counts of fraud when he appeared before Hwange magistrate Ms Rangarirai Gakanje.

Trial adjourned as Jere lawyer in no show

In his defence, Kwidini said he acted above board because the transfers were authorised. He claimed there were ulterior motives against him.

Kwidini was acquitted at the close of the State’s case on two counts and was put on his defence on the other two.

Mr Mdlalose confirmed that no signature was forged but alleged Kwidini had used pre-signed invoices on his own accord. He disputed that Kwidini used his personal vehicle for council errands as there were vehicles for that.

This was after Kwidini claimed that he used some of the money to fuel his car for council errands.

The internal auditor unearthed the anomaly in February.

“As rightly put by the defence counsel for the accused, for the offence of fraud to stand there has to be misinterpretation with intention to deceive leading to prejudice. Accused version is more plausible to the court as it is not understandable how pre-signed bank transfer forms, un-counted, for that matter, could be left at the disposal of employees considering the risk this involves and the breach of the usual procedure to be followed before authoring any payments.

“Having gone through the evidence the court is satisfied that the system at Hwange Local Board has loopholes. That is, the leaving of pre-signed bank forms at the disposal of non-signatory employees.

“Having said so, the possibility that such a loophole may have been manipulated by the accused remains open but only as a possibility. It is common cause that no prejudice was suffered by Hwange Local Board.

“It is the duty of the State to prove its case beyond reasonable doubt. In casu I am of the view that the State did not do so and accused is therefore found not guilty and acquitted,” ruled the magistrate. The Chronicle

Trial adjourned as Jere lawyer in no show