Footballer Kudzai Nyamupfukudza is at the centre of a domestic violence storm after his wife accused him of violent behaviour.

Pauline Nyamizinga is nursing injuries after he was reportedly attacked by the footballer for confronting him over a series of cheating allegations last week.

Pauline told H-Metro on Thursday that the defensive midfielder , who belongs to CAPS United but currently on loan at Mambas, has been ‘playing’ hard on her. 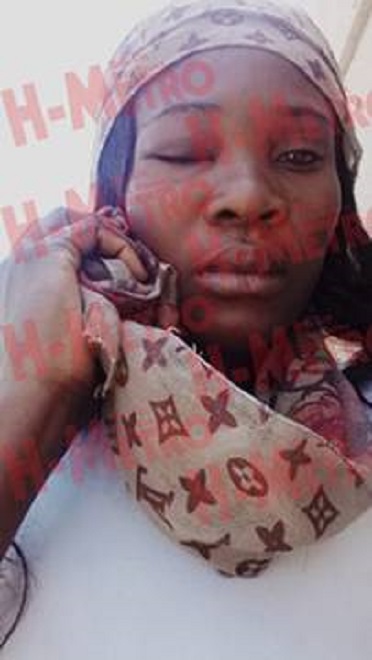 “This has been happening for a long time, besides this recent incident. I tolerated it for so long but I have reached a point that I am now afraid that he can hurt me more or kill me. People should now know how we have been living,” said Pauline.

Contacted for comment, Nyamupfukudza acknowledged that Pauline is his wife and that they have a dispute.

“Oh okay. Yes, I know her. But I need to think of how to respond to that issue.

“Can you call me later or I will come back to you,” he said.

Narrating her ordeal, Pauline said a misunderstanding ensued when she saw WhatsApp chats between Nyamupfukudza and his alleged girlfriends.

“What happened is I went to our rural area and when I came back our child was playing with Kudzai’s phone.

“So I took the phone like any other wife would do and I encountered his messages with some girls and started taking pictures of the chats while he was asleep.

“I then went to his brother’s place that same night since I was very angry but his brother insisted on us going back to our house for counselling.

When we arrived home, he didn’t want all of that. So I decided to find somewhere to go with my child to avoid unnecessary disputes,” said Pauline.

Pauline alleged that Nyamupfukudza punched her and knocked her to the ground when she decided to leave the house during the night.

“So I decided to take the keys since he had an option of just locking them from inside sleep. So he followed me and demanded the keys and started assaulting me.

“He knocked me to the ground and took the keys. I then phoned his brother, who took me to their relative’s place,” she said.

The fed-up woman accused the footballer of being a serial cheater and that he reportedly turns violent when confronted.

“He is used to harass and assault me whenever I confront him about his cheating habits. We have a home together, we have a kid, he is loving and caring to his child but the fact that after cheating he then assaults me, ndiri kutsva kumusana nepadumbu.

“I have been in pain for so many days now. My love for him will leave me crippled.

“I am afraid that he can infect me with STIs and I am now at a point that people out there should know his habit.

“He started doing this when I was pregnant, he doesn’t want me to confront him about his cheating habits but how can I not do that when he is my husband, the father of my son,” said Pauline. H-Metro