Zimbabweans living with HIV and on the Second regimen of the antiretroviral may be forced to default or change one of their drugs following an announcement that there is a nationwide shortage of second line medication. 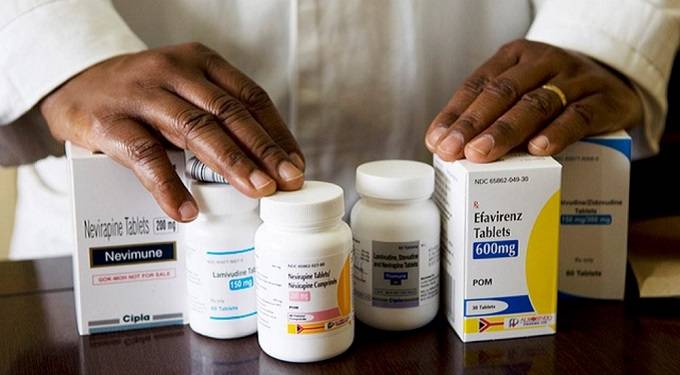 The drug will be temporarily replaced by Dolutegravir (DTG) 50g as the optional drug Lopinvir/ritonavir is also in short supply due to Covid-19 which has affected production and shipment of medicines.

In 2016 the Ministry of Health and Child Care launched the new ART national guidelines which recommended the use of Atazanavir/ritonavir 300mg/100mg to adolescents and adults on second line ART.

Zimbabwe has about 1,3 million people living with HIV and approximately 88 percent of those are on antiretrovirals.

Experts say one known cause of HIV drug resistance is lack of adherence to prescribed drugs.

The country has not been spared by HIV drug resistance with a World Health Organisation (WHO) HIV Drug Resistance Report listing the country among the top six countries out of 11 that are affected from Africa.

The first is taken by most patients, especially those who seek treatment early after infection while the second is more expensive, more toxic with more side-effects and is given to people who are resistant to the first.

The third line is the most expensive and most toxic.

In a statement, acting permanent secretary Dr Gibson Mhlanga said the shortage is due to reduced global production caused by Covid-19.

“This circular serve to notify you that we are experiencing a national shortage of Atazanavir/ritonavir due to reduced global production and delayed shipments from suppliers as a result of the global Covid-19 lockdown restrictions,” said Dr Mhlanga.

“The ministry and its partners are working tirelessly to address this shortage. In the meantime, the ministry advices that patients on Atazanavir/ritonavir be given up to one month of supplies until the situation improves.”

Normally clients are given a three months’ supply of their medication, a recommended practice during Covid-19 lockdown where people are advised to practice social distancing.

Ms Talent Jumbo the president of Zimbabwe Aids Network said it was a worrying trend as this is not the first-time people have been affected.

“It is a cause for concern because this is not the first-time people on second line have been affected and it is a sign that we are not prepared. Yes, we understand that Covid-19 has affected the supply chain but the Government must treat this as a matter of urgency,” said Ms Jumbo.

She said such erratic supplies were going to lead to weakened immune systems.

“They are also developing stress besides the physical effects and this may end up affecting their mental health. This matter must be treated with the urgency it deserves,” said Ms Jumbo. The Chronicle

ARTCOVID-19dolutegravirHIVLopinvir/ritonavirMinistry of Health and Child Care