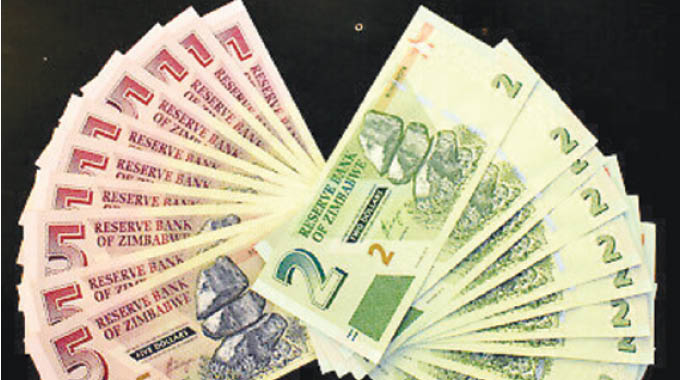 Speaking in Parliament during a question and answer session on Wednesday, Deputy Minister Chiduwa said bond notes and coins are still legal tender in line with the country’s monetary policy.

He said in the event that retailers and wholesalers refuse to accept the bond notes and coins as legal tender, Government though the Ministry of Industry and Commerce will withdraw their licences as part of civil sanctions.

The Deputy Minister also urged members of the public to report to the police traders and shops who reject bond notes and coins.

“First of all, it is illegal to refuse the legal tender for Zimbabwe. We have got bank notes, bond notes and bond coins. In terms of the sanctions that have been given especially to big wholesalers and retailers, in the event that they refuse the legal tender for Zimbabwe, under Ministry of Industry and Commerce, we have got a section where we withdraw licences,” he said.

Deputy Minister Chiduwa said to ensure that people accept bond notes, the Ministry of Finance and Economic Development issued a statement advising all stakeholders and businesses informing them that the bond notes, bank notes and bond coins are still legal tender.

“It is illegal to refuse such in all our trading. For all those who have gone to shops where coins and notes have been rejected, they should report to the nearest police. That is number one in terms of the illegalities,” he said.

The Deputy Minister said those closer to commercial banks can go and exchange the notes for those that are acceptable.

He said a campaign on the usage of the local currency as legal tender started on Monday and the Reserve Bank of Zimbabwe (RBZ) has also issued a notice clarifying the matter.

The Confederation of Zimbabwe Retailers (CZR) has since urged its members to continue accepting bond notes and coins as they remain legal tender in line with country’s monetary policy.

Police have also warned those rejecting the notes that they risk being arrested. Informal traders and vendors in the city had started rejecting smaller denominations of local currency such as $2 and $5 bond notes.

They claimed that their suppliers were not accepting the said denominations as the smaller denominations were giving them headaches in counting. The Chronicle