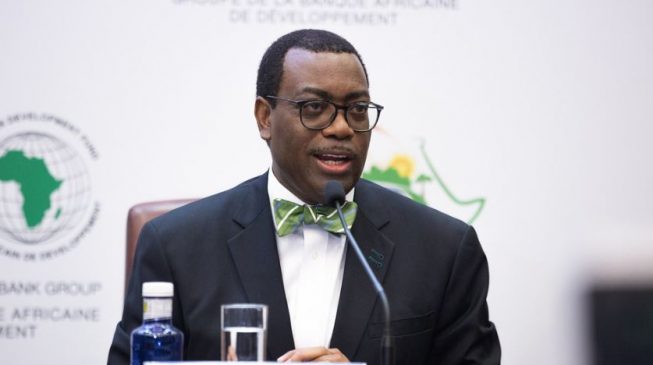 In just months, African super-banker Akinwumi Adesina has gone from glory to fighting for his career, battling US demands for a probe into accusations of ethical violations and favouritism.

In 2015, the son of a farming family wrote another chapter in a remarkable tale, becoming the first Nigerian to helm the African Development Bank (AfDB), one of the world’s five largest multilateral development lenders.

His flamboyant style gained him continent-wide renown, when the AfDB last October secured $115 billion (105 billion euros) in funding pledges — doubling its capital at a stroke and cementing its glittering triple-A credit rating.

But with elections for the AfDB presidency looming in August, Adesina’s bid for a second term in office is at threat.

At issue is a 15-page whistleblowers’ report which says that under Adesina’s watch, the AfDB has been tarred by poor governance, impunity, personal enrichment and favouritism.

But any hopes Adesina may have had that this would provide a clear path to election victory have been dashed.

On May 22, US Treasury Secretary Steve Mnuchin personally signed a letter questioning the outcome of the probe and called on the AfDB’s board to appoint an independent investigator to uphold accountability.

Adesina, 60, fought an intense and vocal rearguard action backed by Nigeria, the biggest of the AfDB’s 80 shareholders.

He lashed at “allegations that unjustly seek to impugn my honour and integrity” and invoked “my heroes, Nelson Mandela and Kofi Annan, whose lives have shown that through pain we grow.”

But on Thursday, his campaign received a hefty blow when the board agreed to an independent review, with a four-week deadline.

“There has always been behind-the-scenes manoeuvering when there are elections for president of the AfDB, but to have a public controversy on this scale is unheard-of,” said a diplomatic observer.

An Ivorian economist suggested that Adesina’s “outsized personality” may also have played a part.

“He’s exuberant, probably too high-profile for the closeted world of the bank — he even projects an impression of arrogance and of doing what he likes.”

Adesina’s managerial style came under scrutiny when the bank was shaken by a string of departures after he took over in 2015.

“He made himself a lot of enemies in trying to reform the bank,” the Ivorian economist said, adding that Adesina had a reputation for giving preference to “English-speakers” at the bank at the expense of francophones.

Managers at the bank, speaking on condition of anonymity, say Adesina was better at communicating than at managing and exaggerated his own performance.

Adesina, a charismatic speaker at home in English or French, and a snappy dresser who favours elegant suits and a bow tie, gave the bank an international visibility that it has rarely gained throughout its 56 years.

Born to a farming family in Oyo state in southeastern Nigeria, Adesina attended a village school before study agricultural economies at university.

After gaining a doctorate at Purdue University in Indiana, he became prominent in the development sector, notably working with the Rockefeller Foundation, before being named agriculture minister in 2010.

He carried out an ambitious range of farming reforms — an achievement that earned him the honour of Forbes’ “African Man of the Year” of 2013.

In 2015, after a fierce lobbying campaign, he was elected president of the AfDB, succeeding Donald Kaberuka, a Rwandan.

Until the storm erupted, his bid for a second term seemed on track for victory, as it had gained the backing of the African Union and the powerful Economic Community of West African States (ECOWAS).

But intervention by the United States — the bank’s second biggest shareholder, which also gained support from eurozone and Nordic countries — means the outcome is far from clear, say observers.

Fifty-four of the AfDB’s shareholders are African, while others are from the Americas, Asia and Europe. AFP