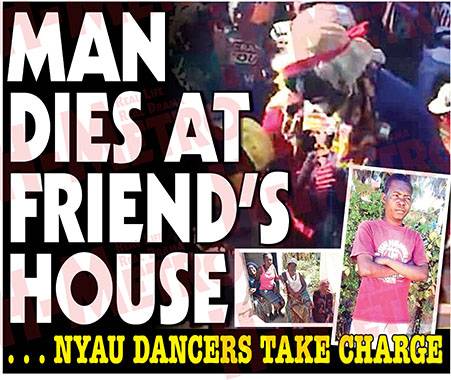 A 33-year old Chitungwiza Nyau dancer reportedly died after drinking too much beer while he was at his friend’s house.

The man, Lovemore Antonio popularly known in the Nyau sect as Mabhorosi, died on Monday after suspected drinking too much beer.

At his funeral were many Nyau dancers who came to pay their last respect despite the social distance restriction. 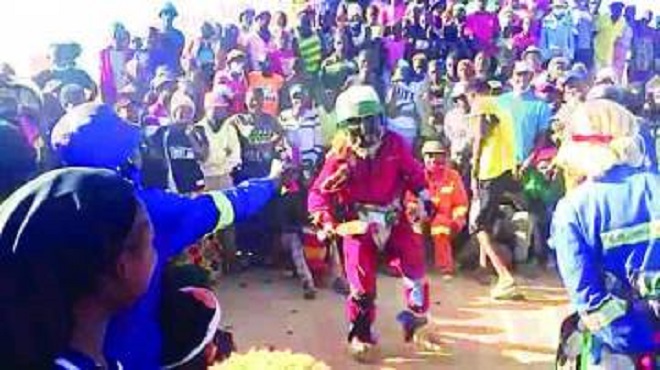 He was buried on Thursday at Nyatsime Cemetery and a postmortem report indicated that he died due to too much beer.

His mother Lizy Kuzanga confirmed to H-Metro about the death of her son.

Narrating her ordeal, Lovemore’s mother said she last spoke to her son on Sunday but could not see face to face since she was not feeling well.

“The day my son came I was not feeling well, we only spoke while I was in my bedroom. I asked him to come in and he refused,” she told H-Metro.

“I told him to take his plate of Sadza i had left for him and later on I heard him playing some music before he said he was leaving.

“I asked him to leave behind some money so that we can buy bread to which he gave his nephew to give to me.

Just as he left went outside where I was jokingly telling my neighbor to look for a wife for him.

“On Monday his grandmother came in with a plate of Sadza which she wanted to give to him but I told her to give it to his father since Lovemore had not come home.

“They said they wanted to tell them about Lovemore.

“He came back and told me that he was told that Lovemore was not feeling well.

“Later on, they came back and took his ID and they told me that they wanted to take him to the clinic,”

Kuzanga said the news was then broke to her after the husband returned during the night.

“His father came back later on and that’s when he told me about my son’s death.

“I asked him why he never told me earlier on, and he couldn’t respond.

“That all I know about my son’s death until now,” she said.

However, Kuzanga said she ia still to come to terms with her son’s death.

Asked about the Nyau dancers at the funeral during Covid-19 she said they just came to pay their last respect to their friend.

Kuzanga described her son as someone who was jovial.

“I used to take him from wherever he is supposed he gets drunk. I will bring him home myself.

“He joined Nyau when he was 11 years. They told me that my son was a good dancer.

“I asked him why he joined before telling us and he only laughed.

“So since then he has been in the culture up until his death,” she said.

Kuzanga thanked the Nyau dancers for coming in their numbers to give her son a befitting burial.

She said Lovemore was always telling people that on his burial people will come no-matter what.

Lovemore’s maternal grandmother, Enia Tavatya was the one who questioned the friend and his mother.

She however said their statements were a bit contradicting.

“The friend told me that Lovemore came to his place while very drunk and even failed to open the door. He said he later on opened it for him so that he can sleep.

“He said Lovemore asked for some drinking water to which he gave him.

“The friend said when he went to check for him later on, he was no-responsive.” H-Metro