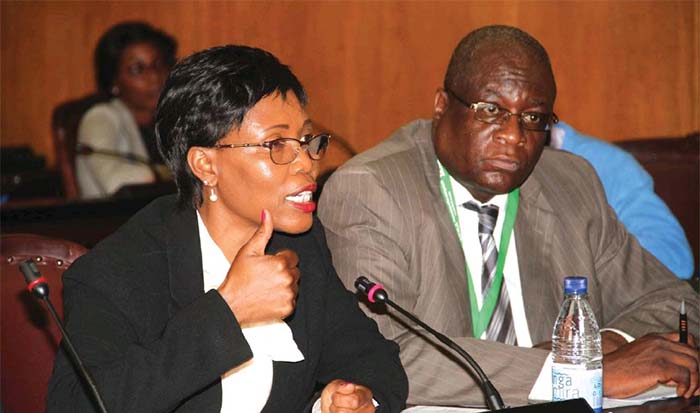 Our sister publication, Business Weekly, has it on good authority that ZPC cancelled the contracts valued at a combined US$217 million after the Indian company failed to secure the requisite projects funding several years after landing the contracts.

JOL won the tender for Harare re-powering in 2014, while the rights to undertake refurbishments and upgrades on Munyati were secured in 2015 in partnership with Harare businessman Wicknell Chivayo’s Intratrek Zimbabwe, but the contractors have dismally failed to deliver.

The re-powering works were designed to restore the power plants’ generating capacities, which stands at 120 megawatts for Harare and 100MW for Munyati.

The plants’ generating potential had declined over the years due to advanced age, having been built in the mid 1940s.

Highly placed sources in the company told this publication that the contracts with Jaguar Overseas Limited had been cancelled and the State power company was already working on fresh arrangements for the projects.

“The contracts have been terminated and Jaguar Overseas is no longer behind implementation of the projects and there are new developments already happening in the background regarding re-powering of the plants,” the source said on condition of anonymity.

Zesa group chief executive Dr Sydney Gata declined to comment on the alleged contract termination saying he was not comfortable discussing with press over the phone, as well as the fact that lower management at ZPC could handle enquiries on such issues.

Secretary for Energy and Power Development Engineer Gloria Magombo confirmed cancellation of the deals, but would not shed more details saying she wanted to get latest details first, as there had been new developments, which could not be availed by the time of going to print.

This comes after Zesa recently confirmed it had terminated another multi-million dollar contract with a local firm, Helcraw Engineering, for the construction of a 120 megawatt peaking power plant in Mutare, eastern Zimbabwe.

ZPC has also already secured funding commitment for the re-powering of Bulawayo thermal power station to restore its electricity to its rated capacity of 90MW.

Like other old thermal stations, the plant can only produce at a fraction of its design capacity, hence has been decommissioned.

The termination of the contract for Harare came after ZPC late last year told a touring parliamentary committee that the project was ready to take off after Zesa secured a US$176 million loan with part of funds earmarked for the project.

Harare was billed to cost US$104 billion, with JOL mobilising US $76 million and Zesa the balance.

Further, a project feasibility study had been completed, environmental impact assessment approved by the Environmental Management Authority (EMA), while a water supply agreement had been inked with the Zimbabwe National Water Authority (Zinwa).

The scope of the project entailed replacement of nine chain grate boilers with new technology by a system known as fluidised combustion, which uses only two boilers each with capacity of 30 megawatts.

Zesa had a series of planned power projects, ongoing or in the pipeline, as part of Government policy to address over a decade and half chronic electricity deficit that spawned several hours to days of power outages.

Additionally, the project would also include refurbishment of turbines and generators, which need to be changed following a life span assessment, which indicated that the renewal would add a further 15-20 years to the lifespan of the equipment.

ZPC also had the contract with JOL, for the re-powering of Munyati Power Station, cancelled over the Indian company and partner’s failure to obtain the funding needed to undertake the refurbishment of the plant since signing the US$113 million contract in 2015.

Zimbabwe faces critical power shortage with peak demand of $1 800MW during winter outstripping supply of about 800MW that has been made worse by last year’s drought that saw water levels drop to critically low levels in the Kariba Dam, where Zimbabwe’s biggest and hydro powered plant is located.

As part of Government policy to upscale electricity production for reliability of supply as well as self-sufficiency, ZPC completed the 300MW extension of Kariba South in 2018 and has started on the 600MW upgrade of Hwange Power Station, the country’s second largest plant and only functionally reliable base load plant. The Herald