The Zanu PF leadership here has recommended that Masvingo bus operator Tanda “Mhunga” Tavaruva be accorded provincial liberation war hero status in recognition of the sterling job he did in aiding the fight for independence. 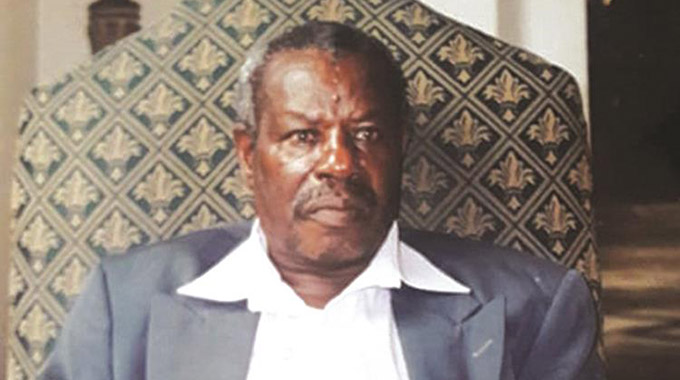 Tavaruva (84) succumbed to diabetes and hypertension at his Rhodene home on Monday afternoon, having been unwell for a long time.

His son, Godfrey Tavaruva, yesterday said the bus operator would be buried tomorrow at Mangwandi Cemetery.

“We agreed as a family that burial will take place on Thursday. His wish was to buried next to his late son (Denis) who is buried there and a grave had long been reserved for that.”

He expressed optimism that the party national leadership would agree to honour Tavaruva because of the role he played during the struggle for independence and in the post-independence era.

He said besides supporting the liberation war effort by clothing and financing guerrillas from his base in Zambia, Tavaruva was also a towering figure in the sphere of transport and agriculture in post-independent Zimbabwe.

“In the social sphere he founded Masvingo United Football Club bringing smiles to the Masvingo community. His shadow was everywhere across Masvingo hence the call to honour him as a hero for Masvingo,” said Cde Chadzamira.

His sentiments were echoed by Zanu PF Secretary for Security in the Politburo Cde Lovemore Matuke, who said there was no contest over Tavaruva’s heroism.

“He remained consistent from his days before independence when he was in Zambia and assisted freedom fighters materially and financially. He continued on that trajectory after independence and changed many lives in the process.”

Tavaruva was born in 1936, in Chagwiza communal lands in Gutu and attended Holy Cross and Inyathi Schools in Chirumanzu and Matebeleland.

He left the then Rhodesia in 1951 as a bachelor heading to Zambia. He secured a job at Lusaka Construction Company in the Zambian capital, where he rose through the ranks to become section manager.

In 1977, he founded a bus company in the neighbouring country and during that time, he donated part of his salary to finance the fight for independence in Zimbabwe.

His house in Lusaka was a regular rendezvous for freedom fighters as they collected financial and material support to intensify the war effort.

After independence, Tavaruva returned to Zimbabwe where he founded Mhunga Bus Company in 1983, which then grew to become one of the biggest public transport companies in the country.

Tavaruva, who was a descendant of the Madyira clan, was in line to assume the Gutu chieftainship.

He is survived by his wife Pellagia and six children. The Herald