A woman (name withheld for ethical reasons) who is quarantined at Allen Redfern Primary School in Plumtree town gave birth to a baby girl. 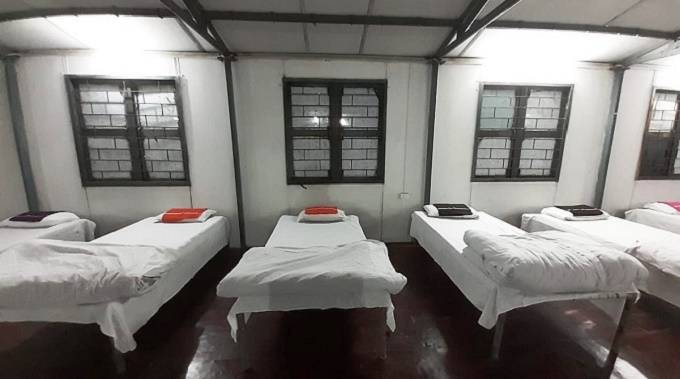 The woman is reported to have been rushed to Plumtree District Hospital where she delivered with no complications.

Mangwe District Social Welfare Officer Mr Sicelo Nyathi confirmed the development and said the woman had to be transferred to the local hospital.

“We received a new baby on Friday. The woman gave birth to a bouncing baby girl and that brings the number of people quarantined at the primary school to 141.

“She is expected to return to the quarantine centre and health personnel will be checking on her and the baby regularly,” said Mr Nyathi.

He said yesterday they transferred 45 returnees to their respective provinces to ease crowding at the town’s quarantine centres.

Mr Nyathi said between May 6 and 8 they received more than 300 returnees from Botswana with 80 percent of the returnees coming voluntarily.

Plumtree High School now has 287 returnees while Allen Redfern Primary School has 141 bringing the total number of returnees quarantined in Plumtree to 428. The centres have a holding capacity of 500.

In a telephone interview yesterday, Mangwe district medical officer Dr Nyasha Hunda said 286 returnees had been tested for Covid-19 and are awaiting results from the National Tuberculosis Reference Laboratory in Bulawayo.

“We have challenges of getting our results in time as the testing centre in Bulawayo is having challenges in getting consumables.

“At the moment we have 301 results which are pending and 286 of those are for people being quarantined in Plumtree who are waiting to be discharged after the results,” said Dr Hunda.

The National Tuberculosis Reference Laboratory reportedly did not carry out Covid-19 tests on Thursday and Friday after running out of consumables.

Speaking on the backlog, the Chief Medical Laboratory Scientist Mrs Barbara Murwira told Deputy Minister of Health and Child Care, Dr John Mangwiro and Government officials before a tour of the laboratory on Saturday night that there was a mix up of labels on the samples.

“The backlog in terms of the Plumtree PCR tests is that the health officials who are conducting the tests only write numbers instead of names on the samples.

“We are now left with a load of work which hinders us from conducting a number of number tests in time,” said Mrs Murwira.

The laboratory, if functioning to maximum capacity, can conduct up to 360 tests per day. The Chronicle