A machete-wielding Umwinsidale man hacked his wife and hanged himself leaving a suicidal note in his trousers’ pocket on Tuesday. 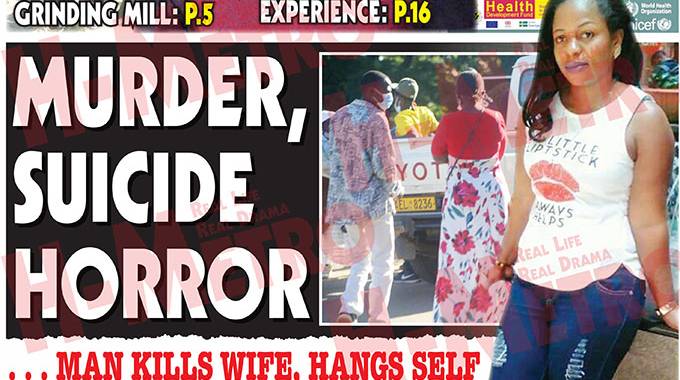 Stephen Bisiwasi, 37, was reported to have been offended by his wife Tryphine Nyika, 32’s decision to separate with him for his failure to support the family for almost five months.

Tryphine was rushed to Parirenyatwa Group of Hospitals where she was pronounced dead upon admission.

The two were all employed by the same employer as gardener and maid and residing at their workplace in one of the cottages along Holmwood Close in Umwinsidale.

First feared to be lynching, black US man’s death…

At the time of the police statement, they had not received confirmation of her death.

H-Metro on Wednesday met with Tryphine’s relatives at Parirenyatwa where they were processing papers to get her body for burial.

“Police are investigating a case involving a couple where the husband hanged himself after attacking his wife with a machete in Umwinsidale on Tuesday,” said Ass-Comm Nyathi.

“Circumstances were that on 1st May 2020 at around 1800 hours, the two had a misunderstanding which led them to separate and ended up sleeping in different rooms at the same complex.

“On 5th May 2020 and at around 1100 hours, a neighbour who is also employed at the same address, heard noise coming from the scene of crime.

“He went on to investigate on what was happening and was surprised to see the wife lying in a pool of blood with head injuries and had her two right hand fingers cut off.

“He rushed to call their employer who was not at home at the time of occurrence.

“Employer responded to the call and rushed with Tryphine Nyika to Parirenyatwa Hospital for treatment and was admitted in the ICU section and her condition was said to be critical,” he said. 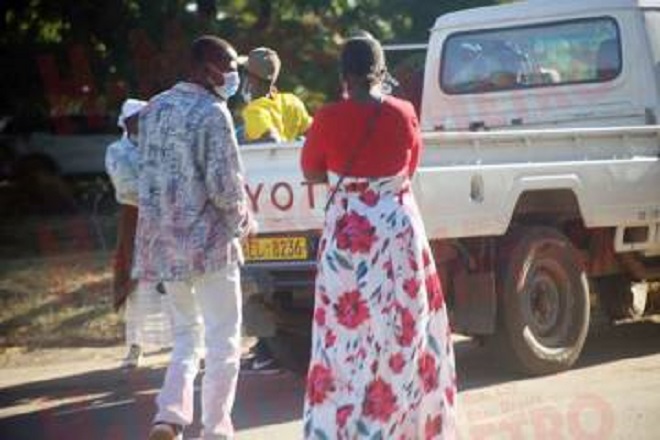 Kapasure said he found the now deceased hanging from the trusses of a gazebo thatched shed which is in the yard and informed the deceased’s sister.

“The deceased used a rope to hang himself from trusses of a gazebo shed.

“Information on the suicidal note indicates that the now deceased assaulted Tryphine using a machete and thought he had killed her and hanged himself to death.

“A machete full of blood was near where Tryphine was lying and two fingers of Tryphine which were cut with a machete,”said Kapasure.

Tryphine sustained several cuts on the head and lost two right hand fingers as a result of the attack by the deceased using a machete.

Nyika family spokesperson Letwin Nyika said the body of Nyika will be buried in Hwedza soon after postmortem.

Bisiwasi family were still to collect Steven’s body at Parirenyatwa Group of Hospitals by yesterday. H-Metro

My time will come: Poptain