Police in South Africa have arrested a man “smuggling his girlfriend,” in the back of a car amidst a nationwide lockdown to curb the spread of Covid-19, according to an official from the province of Guateng. 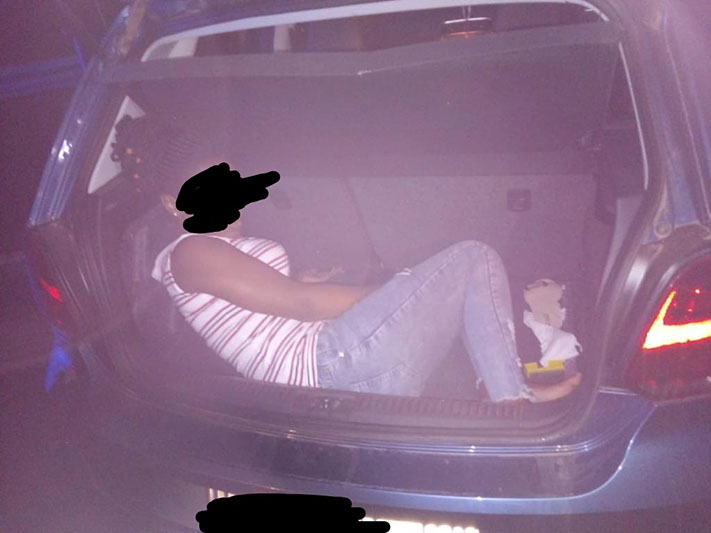 Faith Mazibuko tweeted that the woman was found in the car boot during a security check at a roadblock in the province on Friday.

She added that the driver, who did not have a permit, was heading to the eastern Mpumalanga province.

She tweeted that the woman was arrested for “consenting to be smuggled.”

The couple have not commented on the allegations.

South Africa imposed a lockdown on 24 March for three weeks but the authorities extended it until the end of April.

Travel across the country is restricted to only those listed as providing essential services.

The country has more than 3,000 confirmed cases of Covid-19, the highest in Africa. BBC News