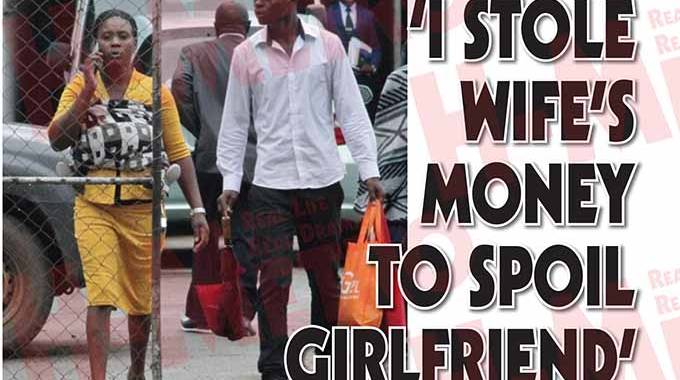 A city woman is contemplating leaving her unemployed cheating husband who steals money from her to support his girlfriend.

This came to light at the Harare Civil Court where Pretty Nyarai Langton was seeking for a protection order against her husband Petros Mashava as their relationship has turned sour due to their constant fights.

“I want Petros to stop coming to my workplace at Mverechena where I stay as well as my parent’s residential place in Mufakose.

“He steals my hard earned money and what pains me more is that he spends it with his girlfriend.

“When I ask him about it he insults me which results in a fight and this is really disturbing my peace,” she said.

The court also heard that Pretty wants nothing to do with Mashava to the extent of not wanting him to see his child.

“I want this court to make him to stop visiting me even if his intensions are to see his child as he helps me with nothing towards his upkeep,” Pretty added

Mashava did not oppose the granting of the protection order and even acknowledged cheating on Pretty.

“What she is saying is true and I have on several occasions asked for forgiveness.

“I would steal the money because I wanted to spoil my girlfriend and give her salon money.

“I love my wife and I will take care of our child if I get employed,” Mashava said.

Mashava was also advised to visit Pretty if he wants to see his child but should do it in peace. H-Metro