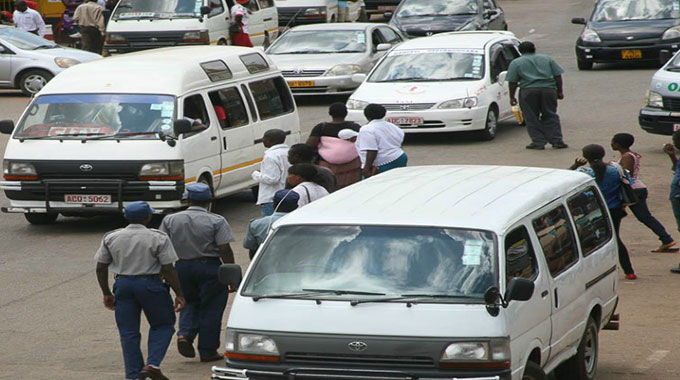 A nine year old boy died after he was hit by a commuter omnibus while attempting to cross a street in Bulawayo.

The incident happened on Monday at around 4PM at the intersection of 3rd Avenue and Fort Street.

Bulawayo police spokesperson Inspector Abednico Ncube confirmed the incident but could not reveal the identity of the deceased as his next of kin have not been formally notified of his death.

He said the commuter omnibus, a Toyota Hiace, failed to stop as the driver was turning right into Fort Street.

He then struck the deceased who sustained serious head injuries and body bruises.

“I can confirm that we attended to an accident involving a pedestrian and a motor vehicle where a nine-year-old boy died on the spot after being hit by a commuter omnibus. The incident happened on Monday afternoon and the deceased was pronounced dead at the scene. Police are still investigating the matter,” said Insp Ncube.

He called for sanity on the roads, saying most accidents in the Central Business District are a result of human error.

“We appeal to motorists to drive with caution. That area has a lot of school children who will be crossing from McKeurtan and Robert Tredgold schools.

“It is one of the busiest intersections in town and motorists, especially drivers of public service vehicles, are in the habit of speeding along that road, especially when they cruise through the Lobengula Street robots along 3rd Avenue and make a sharp turn into Fort Street. It’s very dangerous behaviour and will continue to cause loss of life if it is not addressed,” he said.

The closure of the Basch Street Terminus popularly known as Egodini has worsened congestion along 3rd Avenue, 6th Avenue extensions and surrounding areas in the city, with residents and motorists calling on the Bulawayo City Council to address the issue.

The terminus was shut down to pave way for the commencement of the $60 million Egodini Mall project by a South African engineering firm, Terracotta, whose completion is hanging in the balance after the company has failed to meet set targets. The Chronicle