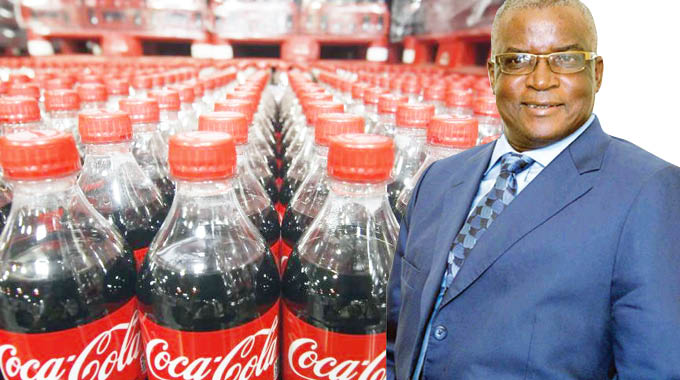 Delta Corporation Limited has renewed the bottler agreements with The Coca-Cola Company (TCCC) for the next three years to September 2022 and this effectively nullifies the cautionary notice that has recently been issued to stakeholders.

Prior to finalising the renewal of the three-year agreements, Delta has of late been reminding shareholders to exercise caution when dealing in the shares of the company and should consult professional advisers until such time as a further announcement is made.

The cautionary issued is with respect to the notice Delta received from TCCC in 2016 of its intent to terminate the bottler arrangements that also involved Delta’s associate, Schweppes Holdings Africa Limited, which produces and sells TCCC brands.

“Following the engagements amongst the parties, shareholders are advised that the bottler agreements with The Coca Cola Company (TCCC) have been renewed for a three-year term to September 2022.

“The cautionary notice has therefore been withdrawn.”

The intent to terminate the bottler agreements followed the merger of AB InBev and SABMiller Plc in October 2016 and the subsequent agreement in principle reached between TCCC and AB InBev to explore options to restructure the bottling operations in a number of countries.

The termination of the bottler agreements could have raised the spectre of job losses at Delta, which is one of Zimbabwe’s largest employers.

Meanwhile, in the trading update for the period under review, Mr Makamure indicated that their Lager beer volume declined 43 percent for the quarter and 46 percent for the nine months compared to the same period in 2018.

“The category has been adversely impacted by the constrained supply of maize and escalation in the cost of imported inputs such as packaging materials.

“There is renewed focus on the returnable Scud pack,” said Mr Makamure.

“There is a notable volume recovery in response to improved product supply and moderated retail pricing,” Mr Makamure said.

“The recently launched “No Sugar” variants have been welcomed by consumers. African Distillers (Afdis) recorded a volume drop of 10 percent for the quarter. The demand for ciders and white spirits remains strong.

“There is concern about the illicit trade in some of the product categories.”

Mr Makamure said beverages volumes at Schweppes Holdings declined by 23 percent for the quarter due to an outage of key imported raw materials for both the Mazoe and Minute Maid brands.

“There was an improved performance on the recently launched Fruitade range of products. The entity commissioned the 1MW rooftop solar plant to mitigate the power outages at the Harare factory during the quarter,” he said.

On financial performance, the company’s revenue for the quarter grew by 27 percent and two percent for the nine months and on the outlook, Mr Makamure said the operating environment was expected to remain challenging for the remainder of the year.

In this vein, it is hoped that the beverages manfacturer will manage the emerging risks with particular focus on reducing the foreign liabilities and maintaining consistent product supply.

“The current shortage of maize and the anticipated drought in 2020 is likely to impact negatively on the business, particularly the sorghum beer category,” he said. The Chronicle