Standing in a hangar at Wonderboom Airport near Pretoria, South Africa, Refilwe Ledwaba is geeking out over a slick airplane behind her. 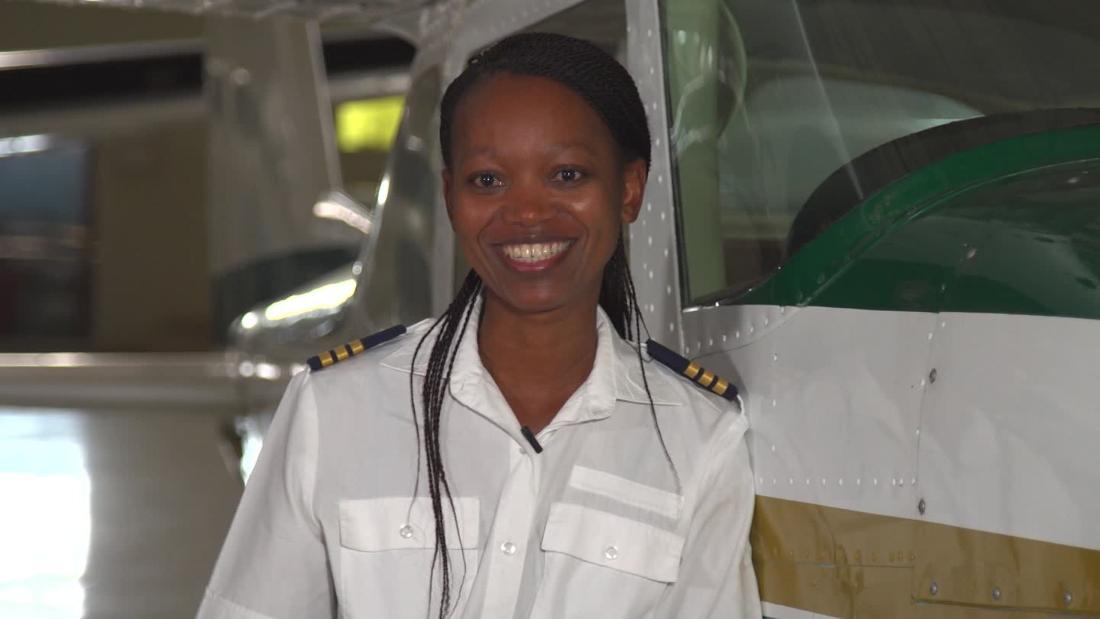 “This is my favorite aircraft. It’s called a King Air 200. I’ve got approximately 100 hours of flying on this aircraft. I absolutely love it, it just performs,” she told CNN.

Ledwaba is a helicopter and fixed-wing pilot, a flight instructor, an advocate for women’s rights and a Bill and Melinda Gates Foundation goalkeeper who made history by becoming the first black female pilot to fly for the police service in South Africa.

“For a long time, I was the only black female that was holding the highest license for helicopters… But being the first for me is not important. The important is the 20th person, the 30th person, then we can start talking,” she said.

The numbers are hard to come by but according to a report by the University of Nebraska, women make up less than 10% of pilots, maintenance technicians and airline executives globally.Ledwaba says she’s on a mission to improve the numbers — starting in Africa.

She teaches young pilots in training how to operate aircraft. She also runs the Girls Fly Programme in Africa (GFPA), a foundation with a focus on introducing elementary and high school students to science, technology, engineering and math (STEM).

Raised by a ‘superwoman’
Ledwaba grew up in Limpopo, a province in the northeast of South Africa. Her mother, a teacher, raised seven children alone.

She says her upbringing influenced her chosen path.

“I don’t know how she (her mother) did it, she sent us all to university. So, from a very young age, I always thought I could be anything because I looked at her and I’m like ‘Oh, there’s a superwoman,'” she said.

Ledwaba initially planned to become a doctor, and to help fund her studies, she got a job as a flight attendant. She later realized she was interested in learning to fly so she began taking private flying lesson.

Thirteen years later, she has gained experience flying a range of choppers and airplanes.

Changing the face of aviation
In 2010, Ledwaba started the Girls Fly Programme in Africa (GFPA) to introduce girls in elementary and high school to STEM at a young age.More careers are going to require STEM, so she and her skilled team at her foundation want to ensure all kids get the same opportunities, she says.

“We’ve got several programs that we run, but I think one of our signature programs is the Girls Fly Programme in Africa Aviation and Space Camp, where we take about a hundred learners from all over Africa,” she said.

Through the program, Ledwaba and her team run a five-day camp teaching girls from across the continent about the aviation industry — from an introduction to flight to being in the stimulator and learning robotics.

“I’m working to diversify the face of women in the aviation industry by being accessible, being available, and being visible,” she told CNN.

So far, GFPA has held space camps in South Africa, Botswana, and Cameroon and is planning one in Kenya next.

While the foundation’s focus is predominantly on empowering girls, GFPA also includes boys in many of its school outreach programs, which are committed to developing STEM in young people across all demographics.

Ledwaba says since its launch, the foundation has impacted more than 100,000 lives through its various programs.

“I want a future where a small child can just wake up. Like, ‘I’m going to do that one day,’ and not have doubts,” she said.