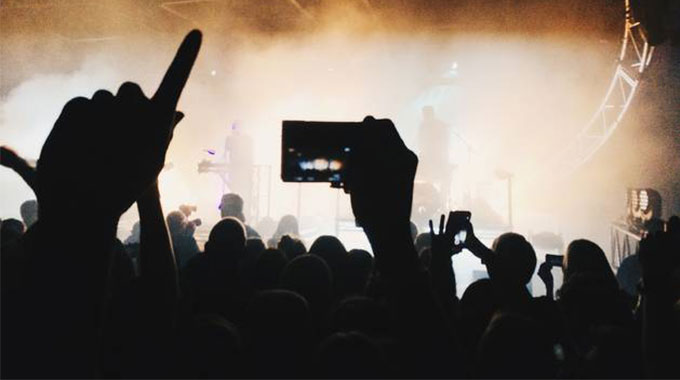 It is a phenomenon which some thought would start and end in Harare.

This is the emergence of strong men known popularly as bouncers that muscle in on major shows and make a killing by overpowering hired security or selling their own tickets.

It has led to promoters in the capital throwing in the towel, surrendering to these dark figures that seemingly emerge at night and disappear at dawn with promoters’ spoils.

It has led to alarm among journalists who witness their unrestrained violence first hand and despondency from artistes whose music would have brought the paying crowds to the venues in the first place.

Now that menace seems to be rearing its ugly head in Bulawayo. During the festive season, investigations by Sunday Life uncovered a thriving underbelly of criminality among those tasked with taking charge of security during major gigs in the City of Kings.

At big shows like Sjava’s debut outing in Bulawayo and the inaugural Bulawayo Shutdown, revellers were getting in for a fraction of the fee that was demanded by the show organisers.

At the Bulawayo Shutdown for example, this reporter witnessed two revellers pay a bouncer R50 to go in and watch artistes at the highly anticipated show.

A ticket was supposed to cost R250 at the gate.

The situation was similar at Hartsfield Tshisanyama’s oversubscribed New Year’s Eve Street Party, where bouncers could be witnessed stuffing money into a bag as the night wore on. Three bouncers (names supplied) allegedly went rogue on the night and decided to pocket the gate takings.

The organiser of that event, Mduduzi Mdlongwa, said bouncers had been giving them sleepless nights.

“Bouncers are making it difficult for us to make any money from the business. They’re making our life hell. I’m sure if you ask the organisers of the Bulawayo Shutdown and other events they’ll also tell you of the struggles that they faced with bouncers. I want to put it out there officially that we have a bouncer problem as Bulawayo promoters,” said Mdlongwa.

Mdlongwa said even he had been placed in harm’s way when he confronted the hired muscle that had been pillaging throughout the night.

“I had placed someone at the gate to monitor the gate takings. She came back and told me that a certain bouncer had been taking gate takings on the side throughout the night.

“He then became very aggressive and I was intimidated because these are big guys and he was drunk so the situation became tense. I went and got a police officer but by the time I came back he was gone,” Mdlongwa said.

According to Terminator Makoni of Bulawayo Scorpions Bouncers, the situation was not comparable to the one in Harare yet as it was still the work of some rogue bouncers.

“Bulawayo is a bit different from Harare at the moment. The problem comes when people hire people that are touts or street enforcers and make them bouncers. On that particular night I was in Victoria Falls and I had given them contacts of the boys that I work with as part of Scorpions. I don’t know what happened later but we were not hired for that gig.

“What I realised later was that those guys had been employed by the promoters and they were supposed to take care of the gate for that particular night. Instead, however, they ended up getting drunk and rowdy. It’s very difficult to reason with a drunken bouncer so as the night went on they became unruly.

“As Scorpions we were not involved with that gig. As Scorpions we have professionals who work for us because they have plans for tomorrow because if you steal today who will call you with more work tomorrow?” Makoni said.

The arrest of Harare bouncer, Talent Chinyoka, confirmed to be from Kuwadzana 3 by the Zimbabwe Republic Police, for selling fake tags at Sjava’s gig suggested that some of the capital’s notorious muscle men were now making their way to the City of Kings.

Chinyoka, who was named in the wee hours of the morning, was allegedly operating with four others who were not caught.

“We have bouncers that are coming from Harare to sell their tags here in Bulawayo. We had quite a few arrested during the festive season and they had come for the gigs like the Bulawayo Shutdown specifically.

“Those are the kind of gigs that they targeted. They just look at the tag that you’re using for the VIP, for example, and come up with those exact tags and start selling them,” Makoni said.

The chairman of the Zimbabwe Arts and Music Promoters Association, Josh Hozheri, revealed how the bouncers were cloning tags that were used at big shows.

“This is a very well-connected syndicate that includes people like car park marshals and tech savvy young people. Whenever we have a show, they bring a car that will be parked outside and inside that car there will be someone who can clone whatever tag that we are using for that night.

“So, whatever we choose to use, he can design one that is identical to it almost immediately and sell it at a much cheaper price. This is unfair to us because these shows had become our source of livelihood and these people are stealing from us. If this is allowed to go on, we will just die as paupers,” he said.

Hozheri said they had got assurance from authorities that they would have protection from bouncers in future.

“As of now the Commissioner promised us that we would be getting assistance from them. They will be deploying riot police whenever we have a big show,” he said. The Sunday News