A drunken man who allegedly fell asleep on a railway line on New Year’s Day was crushed to death by a train coming from Bulawayo in Figtree. 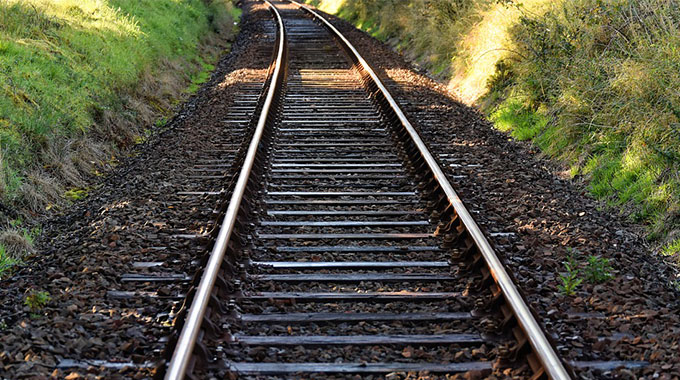 The now deceased was identified as Thembani Sibanda of Irene Farm in Westgate area.

It is alleged that Sibanda had been drinking beer all day and he later fell asleep on the railway line.

Sources said it was not the first time Sibanda had fallen asleep on the track and he often talked about killing himself.

“There was a train accident involving our train 813 which was coming from Bulawayo. It hit and killed a male adult of Irene Farm Village 5 Westgate on January 1, 2020, at around 9PM at the 30km peg between Figtree and West acre.

“The deceased was lying across the track and he ignored the sound of the train’s horn which resulted in him being crushed. Police officers from Figtree attended the scene and the deceased’s next of kin was advised,” he said.

Mr Maravanyika urged members of the public to desist from loitering around the railway line.

“We continue to advise the public that it is very dangerous to loiter around the track. We are also appealing to communities and families to be very much aware of the whereabouts of their relatives especially those who have impairments especially hearing impairments or if they are blind,” he said.

A source who preferred anonymity said: “On the day he died, Sibanda had told his friends that they were seeing him for the last time.”

Recently, a man was found dead at a railway line in Sauerstown suburb in another suspected suicide. The reasons for his death could not be established. The Chronicle

Rusike on the move in Zambia….. joins ZESCO United