The Spirit Embassy: GoodNews Church ‘Exodus Night’ at the Royal Regency, Manor Park in London delivered fireworks and fanfare as over 3000 people crossed over into the New Year in style. 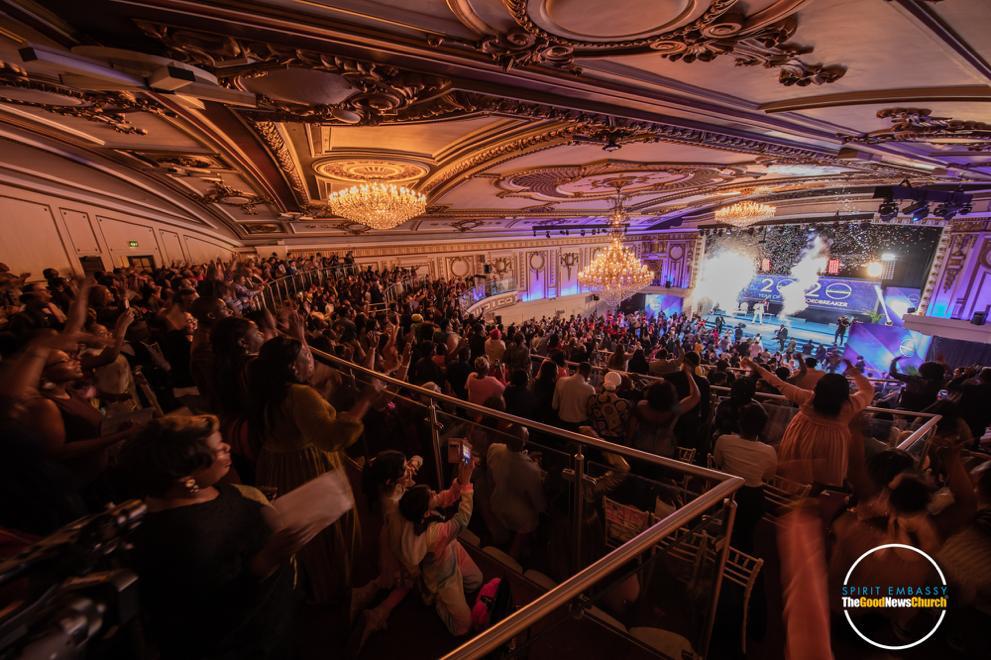 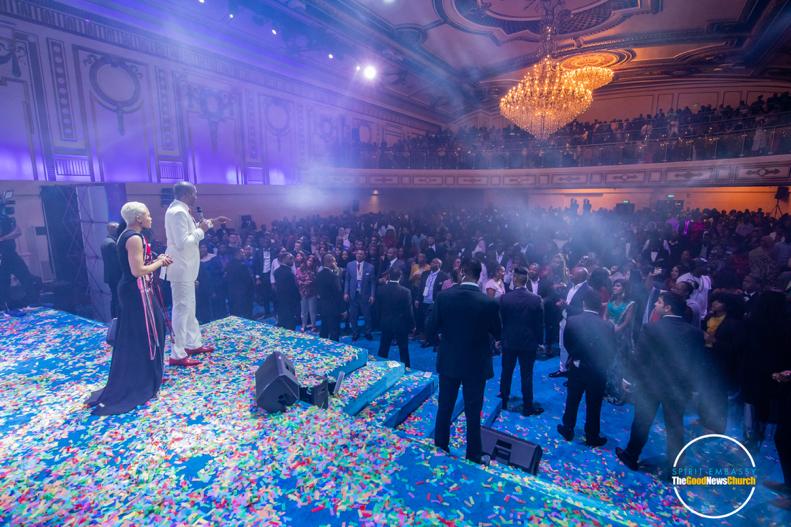 The build up to the event saw several iconic red double-decker buses in London emblazoned with adverts showing church founder Prophet Uebert Angel and his wife Beverly ahead of the event.

And when the event came, the crowds turned up to fill the venue. Several who came to the event late had to be turned away as the venue including its overflows had reached the maximum capacity allowed.

Pictures from the night show the praise and worship team dressed in glittering red elegant dresses while the men wore elegant black suits.

The stewards on the night wore black and glittering silver to complement the theme.

The church gave out awards for Best Song ($5000 prize money), second best song ($3000) and many other monetary awards to reward different departments and individuals in the church.

“Thousands in the venue and in the overflow halls we had on the night is a RECORD BREAKING NUMBER for LONDON. 2020 is surely the YEAR OF THE RECORD BREAKER!!!

Ahead of the event Angel had proclaimed: “It’s paramount that you do not spend your NEW YEAR’s eve outside God’s house. New Year’s Eve is always a day you party with God.”

“The bible says LOVE EVERYONE but ESPECIALLY those in the house of God. This year be a person of VALUES that promote your life in CHRIST!” Angel wrote on his instagram page.

“This time God didn’t give the year a name. He gave YOU the name. You are the RECORD BREAKER in the year 2020. It’s not about the year. It’s ALL ABOUT YOU!!!” he wrote after the event.