It appears the 100 megawatt (MW) Gwanda Solar Project is set to go full steam ahead after Energy and Power Development Minister Fortune Chasi wrote a letter setting out tough performance standards and goals for the new Zesa board led by Dr Sydney Gata.

“It (the board) has to enhance and expedite project implementation to finality, including, but not limited to, the Gwanda Solar Project and Dema Project as a matter of urgency and any other projects that may be in the pipeline,” said Minister Chasi.

“It has to review and contribute to the development of the evolving electricity market structure, as well as ensuring adherence to industry best practices and standards by the utility,” he wrote.

The Gwanda Solar Project was initially delayed by financial resource constraints and a contractual dispute which spilled into the courts between project developers, Wicknell Chivayo’s Intratrek Zimbabwe and the Zimbabwe Power Company (ZPC), a subsidiary of ZESA Holdings.

The project however received a boost in November this year after a local infrastructure fund, African Transmission Corporation (ATC) Holdings, agreed to extend US$14 million to finance the first 10MW of the project under a phased construction model.

Chivayo rose to fame after winning various government tenders worth USD$600 million dollars. The primary accusation thrown at him was that he leveraged his close relationship with former President Robert Mugabe’s family to get the tenders, an accusation he strongly denies.

After the November 2017 military coup that toppled Mugabe, Chivayo’s legal problems began. Some of the cases brought against him appeared frivolous or without evidence. The cases predictably collapsed in court with stinging rebukes coming from judges who were not amused.

ZPC have a pending appeal at the Supreme Court whose motive Justice Tawanda Chitapi described as “improper.” “It is disgraceful that national projects are stalled by contracting parties having merry dances in boardrooms instead of project sites and seeing the project to fruition,” the judge said.

The public is not interested in bickering for self-interest and egos on the part of State actors and their contractors,” Justice Chitapi said.

Meanwhile Minister Chasi wants the new board to consolidate the ZESA Group into one entity thus reversing the disastrous unbundling that was done a few years ago. The group was split into the Zimbabwe Power Company (ZPC), Zimbabwe Electricity Transmission and Distribution Company (ZETDC), ZESA Enterprises (ZENT) and PowerTel Communications (Private) Limited.

In comments late last night, Minister Chasi said the situation at Zesa was difficult and required that Government looks through a microscope at the operations and decisions made by the board.

“This explains the very detailed manner in which we have tabulated those terms of reference. My ministry, myself in particular, will on a monthly basis interact with Zesa to monitor implementation of this mandate.”

“Power is not generated for the mere say so or for the sake of it,” said Minister Chasi.

“It is meant to power our economy and to provide power for domestic use. This is the kind of thinking we are expecting from the board. So the mandate is to ensure that there is clarity with respect to the expectations by myself as minister and my ministry and Government generally.”

“Of course we prioritise key areas such as farming which is very important for food security and mining. Over the holiday, we made every effort to make sure that on the power side, Zimbabweans have reasonable access to power. But we have also taken advantage of the fact that factories and other business had closed and channelled power to farming,” Chasi added. Nehanda Radio 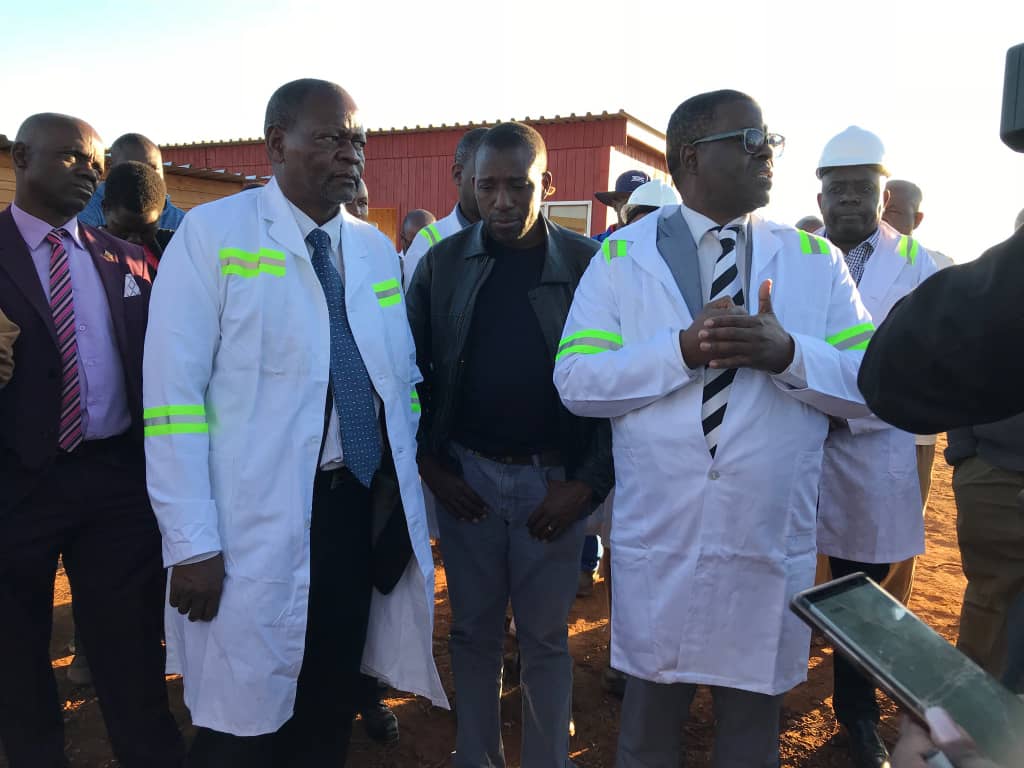 A machete Christmas Gift for Zimbabwe…. a journey through the 80s to present day