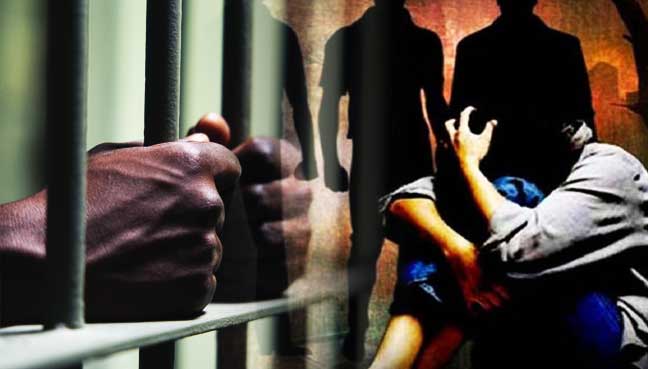 A 13-year-old boy from Hwange allegedly teamed up with two friends of the same age and gang-raped his niece on two occasions.

His mother who is the girl’s maternal grandmother allegedly threatened to kill the victim if she told anyone about the incident in an effort to conceal the crime and protect her son from being arrested. The first rape incident allegedly occurred in August when the three boys, whose details have been withheld for ethical reasons, allegedly took turns to rape the 10-year-old girl while pinning her down.

The Chronicle was told that the three boys raped the girl again recently and the same grandmother threatened to kill the victim if she dared reveal the rape to anyone.

Over 120 men arrested after gang rape of eight women in…

The rape came to light when the girl visited her other grandmother who after noticing a change in the juvenile’s behaviour quizzed her. The girl narrated her ordeal resulting in the matter being reported to the police.

A close relative who cannot be named to protect the identity of both the accused and victim said the girl was staying with the maternal grandmother in Hwange when the crimes were committed.

The relative said the same boys again raped the girl and the grandmother threatened to kill her if she told anyone about it.

The boy and one of his accomplices were arrested and released into the custody of their parents pending finalisation of investigations and court appearance, said the source. The third accomplice has not been arrested as he is said to have gone for holiday outside Hwange.

The girl was taken to St Patrick’s Hospital for medical examination. The Chronicle