As the world commemorates the 16 Days of Activism against Gender Based Violence (GBV), the spotlight is mainly on children and women as they are the chief victims. 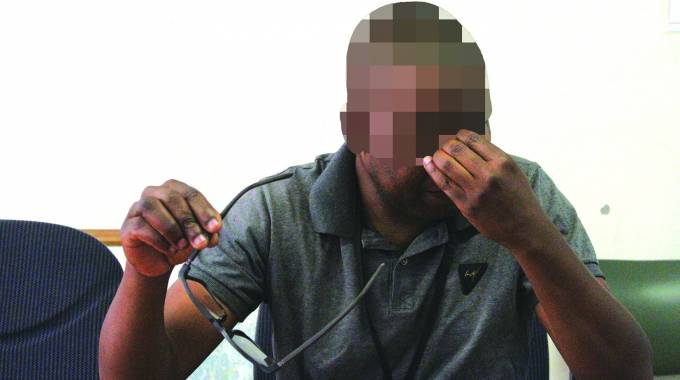 But while society, which is largely patriarchal, expects men to be macho as heads of families, many of them are silent victims of GBV.

Last week, The Sunday Mail Society spoke to a man who claims to have “lived in hell” with his wife for 17 years.

Except for his neighbours who heard his screams during frequent attacks and his four children who would witness the gruesome attacks, Matthew Manzini (not his real name) never opened up to his relatives.

Last week, three years after his marriage crumbled under his ex-wife’s fierce blows, Manzini finally shared his horrific experiences with this publication.

Manzini, a Harare City Council employee, got married to his college sweetheart in 1996.

They were blessed with four children.

The 47-year-old Manzini said apart from ordinary marriage squabbles, he never had major conflicts with his wife for the first three years of marriage.

He said after the birth of their second child in 2000, his wife became violent. However, he kept it to himself.

“All of a sudden she became violent and I could not figure out why. Even when I did good things, I would be criticised. I took it lightly, thinking that maybe age was taking a toll on our marriage, although we were not old at all,” he said.

His wife took over access to their bank accounts, including mobile banking.

A few months later, Manzini became a victim of constant physical attacks. He could not fight back as she could easily defeat him in a fist fight.

Since then, he would steer clear of any form of arguments with her. At times, he would avoid going home early after work.

But this was only the beginning of his troubles, Manzini told us.

“I became the bishop’s driver at church, so we would travel a lot around the country and beyond borders. The bishop’s son became close to me, treating me like a brother and he would visit my home anytime, even when I was away,” he recalled.

Some neighbours warned Manzini of the “suspicious visitor”, with others even taking pictures of the man. But Manzini could not believe that the bishop’s son could do anything to harm his marriage.

Unbeknown to Manzini, the bishop’s son was spending nights at his house whenever he was away.

The father of four has fresh memories of the night he discovered that indeed, the bishop’s son was having an affair with his wife.

However, Manzini had to keep his mouth shut for fear of a thorough beating from the wife.

“I would try to explain that l was on a men’s WhatsApp group where things such as nude pics are posted, but she would still attack me. One day, I remember waking up in a pool of blood as she stood over me staring. I was feeling dizzy and powerless, my nose was broken and l had to consult various specialists,” he narrated.

That incident left one of his nostrils permanently blocked. For several months, he had a wheezing sound in his ears.

For years, Manzini suffered in silence. Frequent verbal and physical abuse became “normal” for the family.

But in 2016, Manzini confronted his worst fears. He confronted his wife and her boyfriend about their affair and demanded a DNA test for the couple’s only son, who was aged five back then.

The tests proved that Manzini was the father and out of “love” or rather fear, he forgave his wife hoping the situation at home would become normal.

Manzini was told to move out of the couple’s bedroom. The couch became his new bed.

“One night, all hell broke loose out of the blue. She just came from the bedroom and started brutally attacking me with fists and wooden weapons until I escaped through the window. I was in my underwear, without anywhere to go for the night,” he recalled.

He spent the night outside and his third daughter had to secretly give him warm clothes through the window.

That fateful night in 2016 marked the end of their 20 years of marriage.

His wife left with all the children and she is obstructing any form of communication between Manzini and the children.

To this day, Manzini is still nursing injuries from that last attack. The Sunday Mail

MDC Alliance warns regime against persecuting Mubaiwa and others