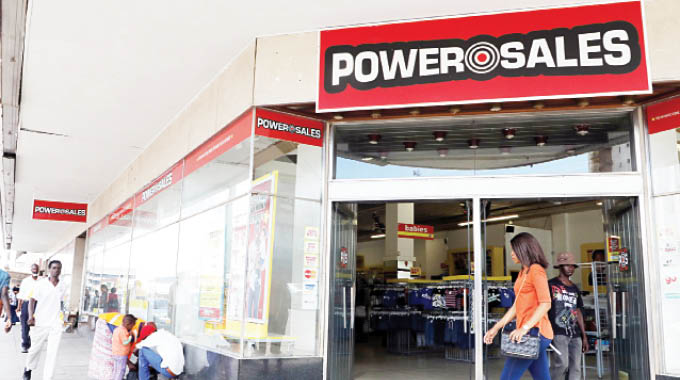 The local unit has been struggling to maintain sound operations in the past few years and recently closed most of its branches in Bulawayo and remained with only two in the Central Business District.

“A decision was made to exit operations in Zimbabwe as a result of the continued macro-economic challenges in the country and ongoing devaluation of the local currency.

“Management is in final negotiations with the relevant parties to conclude the terms of sale,” said Pepkor in a statement.

South African media yesterday reported that the company, whose brands include Pep Stores, Ackermans, Dunns and Shoe City, had closed the remaining 20 stores in Zimbabwe, bringing to an end its close to 40 years presence in the country.

The group once had about 200 stores in Zimbabwe and the decision to close the remaining stores comes on the back of lack of signs of improvement in the business, South Africa’s Business Day newspaper quoted Pepkor chief executive officer, Mr Leon Lourens, as saying.

“The last few years have been tough. We have hung in there mainly for the sake of our loyal employees in that country. But it got too energy sapping for little returns and we have decided to move on,” he added.

It was, however, business as usual in the remaining branches in Bulawayo and workers who spoke to the news crew said they were not aware of any changes.

The group had said its Pep Africa brand, excluding Zimbabwe, contributed 3.2 percent to total revenue in FY19 and reported strong sales growth of 14.3 percent. In 2014 the group was reported to have closed 29 of its branches countrywide.

It continued to trim its branch network this year in what they called a “restructuring exercise”. As a result of the decision to exit Zimbabwe, the company suffered a loss of R70 million, which includes the impairment of the disposal of assets.

Mr Lourens said the company, formerly known as Steinhoff Africa Retail, had slowed down in new investments in the rest of Africa, where it has been operating since 1995.

“We have learnt many lessons. One of the lessons is that you must know when to speed up and when to slow down. Now is the time to slow down,” he said. The Chronicle

Back to tender . . . Fresh start for NRZ recapitalisation project