The future of Zimbabwe international Teenage Hadebe at Yeni Malatyaspor could be thrown into doubt amid revelations the Turkish football club are furious he hasn’t reported back for duty. 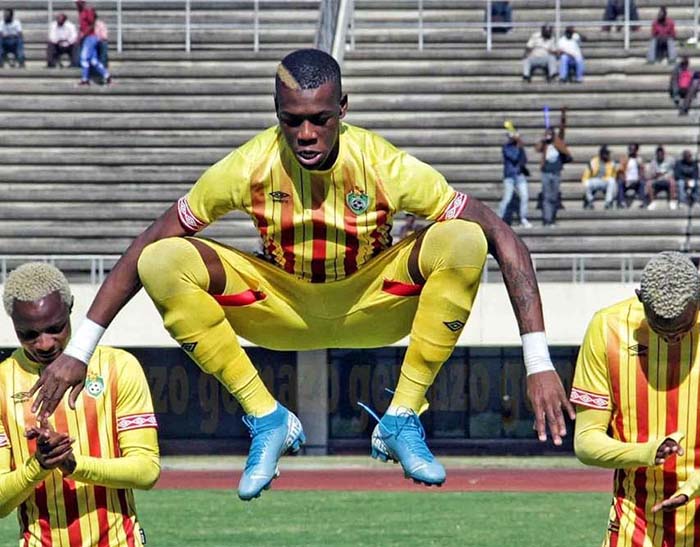 The 24-year-old defender remains holed up in Bulawayo waiting for a new passport after his old travel document ran out of pages where entry and exit stamps could be stamped.

It’s now more than two weeks now since Hadebe left Turkey to come home for the 2021 AFCON qualifiers against Botswana and Zambia where he helped the Warriors pick four out of a possible six points.

The former Kaizer Chiefs centre-back was almost barred from entering Zambia last week after immigration authorities in that country raised concerns over the state of his passport.

I picked a balanced squad: Mapeza

Only the intervention of the Warriors team management, who pleaded on his behalf, and the good relations that exist between Zimbabwe and Zambia, saw him being allowed to enter that country.

On his return home, Hadebe applied for a new passport and was expecting the travel document could be issued today so that he flies back to his Turkish base.

However, even that is not guaranteed and yesterday it emerged the Turkish club are now furious that Hadebe remains holed up in Zimbabwe instead of having reported back for duty.

“We have received messages that his employers are very unhappy with the situation and it’s something that you don’t want to see because relations between an employer and an employee should always be good,” Warriors team manager, Wellington Mpandare, told The Herald yesterday.

“Obviously, the team wants their player back because all the international players who were on duty for their countries, around the world, have already returned to their clubs.

“Remember Teenage is a very key player for his club and they want his services all the time but he can’t fly because the passport is yet to be issued.

“He has already missed today’s (yesterday) big game against Fenerbahce and it would be a disaster if he misses another match and that’s why his employers are now unhappy with the whole situation.”

Messages seen by The Herald from representatives of the Turkish side show the outrage at Yeni Malatyaspor over the Hadebe situation.

The Turks are furious that such an international sportsman, who came home to serve his country, cannot be given special preference to get his passport as quickly as possible.

“His club is very upset about the situation,” reads one of the messages.

“Is there no way we can speed it up?

“It’s a sad that the country can’t make an exception for a international player who is flying their flag.” Hadebe has settled down quickly at his Turkish club after moving from Chiefs this year.

He has become one of the best defenders in the Turkish Super Lig and has been named in the Team of the Week on a number of occasions.

However, there are fears his club could find ways of stopping him from coming for international duty next time and this could severely cripple the Warriors.

The defender has become a vital cog in the Warriors defence as one of the two first-choice centre-backs.

The Warriors have a packed programme of World Cup and AFCON qualifiers next year, beginning in March, and need all their best players available for duty.

“Remember it’s easy for a club to hold on to a player if they don’t want him to go and represent his country,” sources say.

“They can come up with all sorts of explanations and that’s why it’s always important for the clubs and the association to have a healthy relationship.

“Teenage case is a delicate one, and sad one too, because his club are feeling that if he hadn’t come home for the AFCON qualifiers, he would have been available for all their matches.

“Remember they are out of the UEFA competitions and they wouldn’t have required him to travel outside Turkey.

“Now, they will feel they are being punished for helping Zimbabwe in their AFCON campaign and that’s something you don’t want to see between clubs and countries.

“You also have to feel for the player because he wants to go back to his base but he can’t travel because he needs a new passport. “He must also be asking himself now if it was wrong for him to accept the invitation to come and play for his country because he also needs a healthy relationship with his employers.

“You shouldn’t forget that there are many other good defenders around the world waiting for such a chance to play for such a team.”

The issue of passports has become a complicated one for the national team players with striker Macauley Bonne missing the 2019 AFCON finals because he didn’t have a passport. Hadebe last week told The Herald his dream was to eventually play in the English Premiership. The Herald

I picked a balanced squad: Mapeza

Seven games, no win for Hadebe in the US