At least 25 butcheries have been closed, with 754 businesspeople and vendors arrested for selling uninspected meat, mostly in Dzivaresekwa, Harare, where beef from informal traders was selling for as low as $50 a kilogramme, half the general average price charged by licensed butcheries. 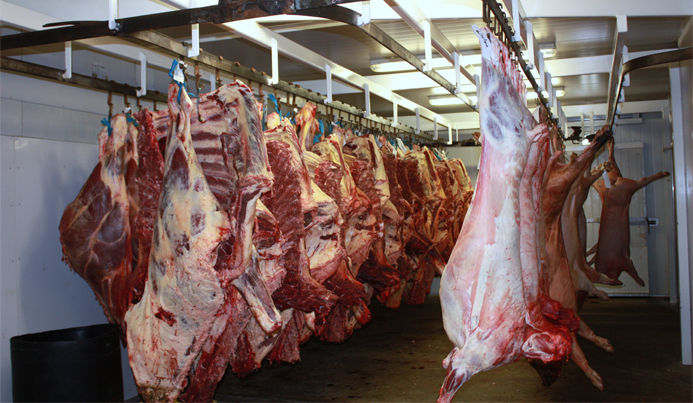 A joint police and Harare City Council blitz has seen unscrupulous butchers and vendors being raided. This follows complaints that they were selling uninspected meat.

The meat could come from diseased animals, or had started to rot, or had been adulterated with unimproved chemicals, usually the toxic and carcinogenic preservative, formalin.

The raids sought to establish whether or not the meat seller was licensed and if the meat had been inspected. Meat from licensed abattoirs is inspected.

Vendors cannot be licensed to sell meat, as they do not have the proper facilities, and while it is possible that inspected meat can be adulterated with chemicals, it is far more likely that this is done by the sort of traders who take other short cuts by using meat from dubious sources.

But the raiding teams were also taking samples where they suspected that chemicals had been added or that the meat had become contaminated by being left out of a freezer for too long.

The police had been conducting awareness campaigns, urging people not to buy uninspected meat or meat products from vendors.

Awareness of the dangers has become much higher since reports started circulating that some in the meat trade have been using formalin, a saturated solution of formaldehyde in water commonly used in embalming dead bodies, as a preservative.

Formaldehyde is a powerful disinfectant and anti-fungicide, but it is also toxic and is listed as a “known carcinogen”.

Another trick also used in Zimbabwe and elsewhere is to spray sodium metabisulfite, a white chemical, which is also mixed with water and sprayed on the meat to maintain its reddish hue and create the impression that it is fresh.

Used in large quantities, the chemicals can keep flies away and preserve the meat for as long as two months.

Soda water is also sprinkled on the meat to maintain its reddish colour. There are a lot of unethical business practices by some abattoirs and butcheries which are operating without licences, running water, employing meat handlers who have no medical test certificates, as well as selling uninspected meat.

During raids in different parts of the country, police confiscated uninspected meat and some of it has since been taken for laboratory testing or destroyed.

“The operation was conducted in the past seven days following reports that some butcheries were using chemicals to preserve their meat.

“Police and health inspectors are still investigating the type of substances that are being used and the effects to consumers.”

Asst Comm Nyathi said they were still compiling the statistics which they will release soon.
Police said according to the Health Act, it was forbidden to use embalming substances on meat as this posed serious health risks to consumers.

“Routine meat hygiene monitoring and reports from the public have revealed that there are some operators contravening sections of the Harare Meat By-Laws 1975 and the Public Health Act,” he said.
“Council will not hesitate to close such businesses which do not comply with regulations.

“The health inspection by City Health Department, which is done when one is renewing or applying for a business licence, is an important routine procedure which helps maintain safety and health standards.”

Council inspectors routinely visit butcheries and restaurants to check on records and the actual premises before renewing licences.

In another statement, the City Health Services Department warned the public from consuming unsafe meat.

“Council wishes to advise members of the public to be aware of uninspected, unhygienic and adulterated meat on the market in Harare and rather buy meat from licensed butcheries only,” it said.

“Routine meat hygiene monitoring and reports from the public have revealed that there are contraventions with the relevant legislation and minimum hygiene standards in the sale of meat in Harare. Such meat is unsafe and unfit for human consumption.” The City Health Department, in conjunction with the ZRP, has since intensified monitoring the sale of meat in Harare in the interest of public health.

The department urged butchery owners to buy meat from registered abattoirs and to desist from any form of malpractice.

“Members of the public are encouraged to notify the Environmental Health Division and report any suspected cases of unhygienic meat without hesitation,” said the department. The Herald

NSS to host church service ahead of Derby