Gweru-based firm Jin An Corporation says it is working on developing a world-class industrial park for the chromium industry in that city, which is expected to rake in at least US$260 million in export earnings annually. 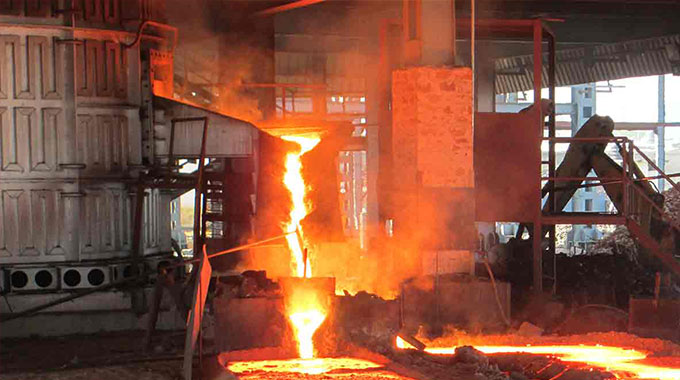 This is part of the firm’s expansion programme.

On completion, an estimated 3 900 direct jobs will be created that will benefit the Gweru community as well as other parts of the country.

The industrial park will be home to all the processes necessary in value addition and beneficiation of chrome across its value chains. Key among them include a factory for production of essential spare parts, a brick plant, lime plant and electrode paste plant.

In an interview after a tour of furnaces at its premises in Gweru, general manager Zhengqiao Zhou, said on completion, the industrial park will help cut on imports saving the country millions of United States dollars.

For instance, Zimbabwe currently imports lime from Zambia and South Africa. But a lime plant at the industrial park will result in US$22 million foreign currency savings for imports while generating US$15 million in export earnings with at least 150 direct jobs.

An electrode paste plant will result in US$10 million savings on imports and generate US$20 million in exports.

“The project we are looking at here is already underway and I think this will be good for Gweru and the country.

“As Jin An we want to form a comprehensive company, not only confined to chrome but all the related processes so that we cut costs, especially on imports.

“We import most of the components, but if we do it here, we will not need to import from South Africa or even China. If importing from China for instance you need a lot of money to get some of the stuff and can take up to four months. We have the necessary expertise and some of the materials we can produce locally,” he said.

Part of the expansion project also includes doubling the number of furnaces to 10. However, Mr Zhou bemoaned the shortage of chrome ore to process at the plants.

In order to support the already existing furnaces and the additional five, Mr Zhou said the company was appealing to Government for issuance of claims.

This, he said, will allow Jin An to have adequate feed for processing. Currently, the company relies on buying chrome ore from small scale miners as well as low grade from another smelter, which is unsustainable.

This is despite the fact that the company has one of the best technologies in chrome smelting, and this year launched a low carbon ferrochrome smelting furnace, the first of its kind in Zimbabwe but still remain constrained by raw materials shortages to support the latest technologies.

“We do not have enough raw material, we are appealing for support from Government to get mine claims so that we have adequate feed to support our expansion projects. We want to do about 10 furnaces and this will need claims so we can have adequate supply of the chrome ore,” he said.

Mines and Mining Development Deputy Minister Polite Kambamura said Government will look at chrome smelters’ concerns and ensure they get claims with haste in order to boost production as well as enhance foreign currency earnings. The Herald