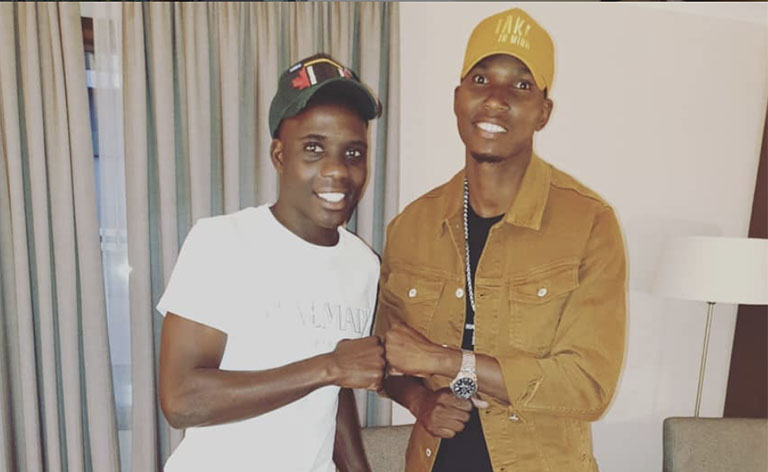 The self-proclaimed dancehall doctor met the 25-year old Aston Villa linkman for the first time in his life.

In an interview, Freeman said he has been communicating with the left-footed footballer on the social media and the UK tour made the two meet.

“I have been talking to Nakamba on social media and we met here in UK.

I am on cloud nine, Anthony Nakamba

Nakamba has had his chances

“It was my first time to meet him, honestly he is a good guy.

“He gave me two VIP tickets to watch him play against premier league side Burnley and they drew 2-2,” he said.

“Nakamba was then named player of the match and he did not disappoint.

“After the match, Nakamba came for the show with his friends.

“Nakamba introduced me to his teammates and we had a good time together.”

“Nakamba is marketing our culture and also raising our flag high.

“He is generous, humble, friendly and very supportive.

“To me Nakamba is a brand ambassador in UK and he is doing well.”

The HKD boss told this publication that his latest album is already winning hearts of many.

Freeman entertained UK fans on Saturday along with Ti Gonzi and Jah Signal for a one off show.

They are expected to jet in the country today. H-Metro

I am on cloud nine, Anthony Nakamba

Nakamba has had his chances

From marvellous to nervous