Gauteng police have recovered four Zambian trucks that were hijacked in the early hours of Sunday, Lusaka Times reported. 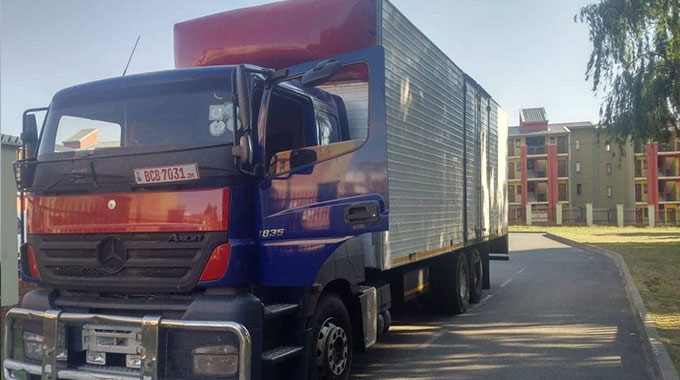 Three of the trucks were reportedly found abandoned in Steeledale, about 15km from Wadeville, Germiston, where three of the hijackings took place.

Police reportedly found the trucks with the help of a private tracking company.

On Monday, the Zambian High Commission in South Africa issued a statement about the hijackings, saying the trucks were travelling from Zambia to South Africa and carried different vehicle engines for reconditioning.

“It was reported that the drivers were tied with cable wires and bundled in a car before being dumped at the roadside near the area where the attack happened,” the statement read.

“No injuries were reported and the affected Zambians are safe.”

Zambian First Secretary for Press and Public Relations Naomi Nyawali said in a statement the locations of the abandoned trucks were discovered by following signals that were transmitted by trackers which were installed on the trucks.

Nyawali said the trucks have since been parked at the SA Police Service impounding yard in Soweto awaiting further investigations.

No arrests have been made, but all the vehicle engines the trucks were carrying were missing.

Nyawali said that the trucks themselves were found to be in good condition.

λ South African soldiers will patrol gang-ridden Cape Town streets for an extra six months after President Cyril Ramaphosa on Monday extended their deployment to the end of March 2020.

The army was deployed in July to help quell escalating violence that has killed hundreds this year and that some officials have likened to a war zone.

High rates of unemployment and drug abuse have fuelled gang activity in a sprawling area of the city called the Cape Flats.

Bloodshed in the mainly poor, black and mixed-race neighbourhood since the beginning of the year has killed more than 2 000 people, almost half gang-related, Western Cape provincial officials said.

“Members of the regular and reserve forces of the SANDF will undertake operations in cooperation with the police, and will support the prevention and combating of crime,” Ramaphosa said in a statement extending the mission for six months.

The original deployment of the national defence force was for a period of two months ending September 16.

The Western Cape provincial government had written to the minister of defence earlier this month requesting that the army deployment to support “Operation Lockdown” be extended.

Meanwhile, at least six families of ANC councillors in Khuma township outside Stilfontein, North West, will go to sleep homeless after their houses were razed by flames during a violent service delivery protest.

As Premier Job Mokgoro arrived in a police Nyala yesterday to address the angry community, houses were still being destroyed by raging fires.

The houses were allegedly torched by angry protesters during a protest that began in the old mining township on Monday and escalated yesterday.

A community leader, Thembile Botman, told City Press the “community members appeared to have been angered after being shot with rubber bullets by the police and turned to the councillors’ houses”.

“The situation was veering out of control and at some point we asked police senior officials to send officers to surround houses that were not yet attacked and it seems they went there only to evacuate the people, leaving the properties exposed.”

Eight houses were torched – six belonging to the councillors, one of a municipal worker and the other of a community member.

“We condemn the torching of properties of community leaders, as ours was a peaceful protest,” he said.

Mokgoro’s spokesperson, Vuyisile Ngesi, confirmed that the premier and MECs for local government and community safety – Gordon Kegakilwe and Sello Lehari – were driven into the township under heavy police guard.

The trio had been part of a meeting with the National Council of Provinces at nearby Orkney when the violence erupted. The Chronicle

Man gets 10 years for copper theft

Gems back under the spotlight

EFF was correct in demanding De Klerk’s removal from SONA