When the United States shocked England’s All-Star team 1-0 at the 1950 World Cup in Brazil, news organisations back in the United Kingdom receiving the result initially refused to run it. 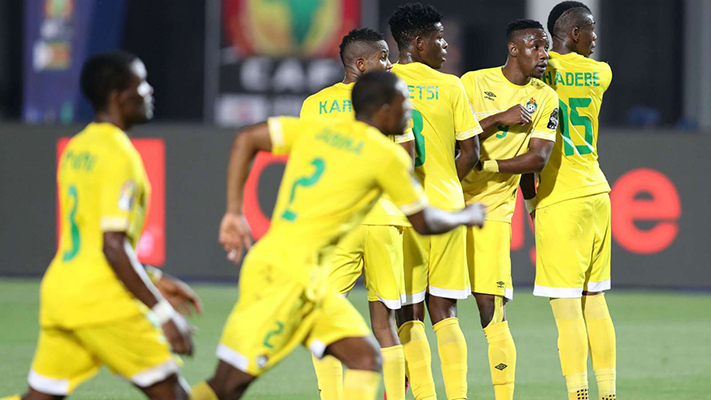 They all thought it was a mistake, England had won 10-1, and the report was a misprint and a 1, where their team’s scoreline read 0, had been left out by mistake.

How could their team lose to an American amateur side featuring a postman, a mill worker and a funeral director?

Such was the arrogance, and the confidence, of the English that their manager, Walter Winterbottom, even decided to leave out his star player, and probably the world’s best footballer at the time, Stanley Matthews, because he was so sure England would win easily.

But, in Belo Horizonte, Brazil, the United States powered to a victory that is still widely considered to be the biggest shock in World Cup history.

To that list of the greatest shocks in World Cup history, add this incredible scoreline – Somalia 1, Zimbabwe 0.

Yes, as hard as you might find it to believe, that’s the result of the match in Djibouti yesterday as homeless Somalia, the world’s lowest ranked football nation, somehow found a way to win their first World Cup qualifier in history.

‘‘History for Somalia! The Ocean Stars have won a #WorldCup qualifying match for the first time in their history (11 played, 3 drawn, 8 lost before today),’’ FIFA said on their Twitter handle yesterday.

Forced to play away from home, because of the civil unrest in their country, Somalia finally ended their lengthy wait as they took full advantage of the chaos, which has rocked the Warriors in recent days, and powered to a victory that shocked the entire global football family.

In fact, the Ocean Stars created quite a few fine chances, including coming face-to-face with goalkeeper Elvis Chipezeze, but appeared to have fluffed them all until their finest hour came in the 87th minute.

Anwar Sidali Shaunda’s late header, which left Chipezeze stranded as it nestled in the far post, made all the difference and sent Twitter into overdrive.

This was a humiliation for the Warriors, as horrible as it possibly can come, and the gamble to leave out some of the team’s regular players, after they were accused of fanning chaos during the 2019 AFCON finals, has now backfired terribly.

Yes, the Warriors had their chances, and the Somali goal came moments after substitute Knox Mutizwa failed to beat the goalkeeper in a one-on-one situation, while Kuda Mahachi also could not convert a great opportunity, but this is a game that will always be remembered for all the wrong reasons.

The Warriors never cared to train for this match, with ZIFA coming up with an arrangement where the players – as a team – only met in Djibouti the night before the game.

And, without the leadership of any of the players who have been their skippers in recent years – Knowledge Musona, Ovidy Karuru and Danny Phiri – this group of Warriors struggled to find the co-ordination they needed in a first half that was poor by their standards.

Maybe, the players believed this would be an easy assignment because the statistics appeared to suggest so.

Just one win in their last 31 matches, that coming in a friendly international against Tanzania on January 3, 2009.

One draw, in those 31 matches, in the goalless stalemate against Ethiopia. Eight straight defeats in as many matches in the past 10 years.

That is, until the Warriors came to town yesterday, and the Ocean Stars found a way to win a football match.

There were concerns caretaker coach Joey Antipas had thrown himself into a trap, after reports emerged he had agreed to abide by an order that some of the regular players for the team, including skipper Musona, should not be considered for this tour of duty.

Others also felt that, because the Ocean Stars were lightweights, those who had made such a decision were sure the team would win easily and no one would be talking about the likes of Musona and George Chigova.

But, football has a funny way of hitting back at those who take it for granted and, yesterday, on their return to the World Cup for the first time in five years, the Warriors crashed to probably their worst defeat in a competitive match in history.

Of course, they can – and probably will still – win this tie but the stain of the horror events of yesterday will remain with them for a long time.

PG in court over phone call