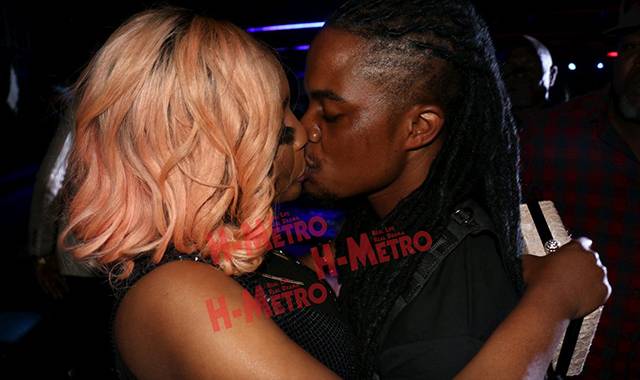 “I personally blessed and anointed my son’s proposal in marriage and there is no doubt about it and the devil has no audacity.

“This album is inspirational. You can feel it’s an inspiration from God. Andy does not write in the physical but in the spiritual so how can you deny the fact that he is a son of the major one.

“The God of my father Prophet Shepherd Bushiri shall keep enlarging his territory,” said Pastor Ngwenya.

Asked to comment on Muridzo’s separation with his first wife, Mai Keketso, Pastor Ngwenya said: “Everything is spiritual my brother. We don’t have to do something in the physical realm. Marriages are made in heaven.”

Pastor Ngwenya stole the show at his son’s album launch sending the crowd into a frenzy when he performed songs by Melvin Glover and Charlie Chaplin.

“I was chanting the Charlie Chaplin style police officer. We used to free flow when doing the burning dance on the streets in a Ragga Muffin style,” said Pastor Ngwenya, a former nightclub break dancer in the 80s and 90s.

“So far I am happy because it is a launch that we had prepared, though we encountered some electricity challenges when we arrived but we had also prior set some contingent plans.”

Muridzo appeared at the launch without ‘heavy’ security and Mujuru explained the reasons.

“There will be no heavy security around Andy Muridzo. He has to feel the love within his fans, that is the chance for you to talk and advice and thank him from a face to face chart than a mobile chart.

“I know fans come for live shows to meet and talk to their role models, they are not his enemies, and he understood me on that.

“I have set targets for him which are broken down into milestones and we periodically assess our achievements against the set targets as we continuously monitor our progress,” said Mujuru.

Wood Night Club boss, Ricardo, applauded Ronald Mujuru saying, “Ronald is a rolling stone gathering Andy’s masses back. Club owners, promoters and fans must give Andy support in cash and kind. That way, we will have a super star in Africa from Zimbabwe.” H-Metro

Nelson Chamisa: We must build a new Africa