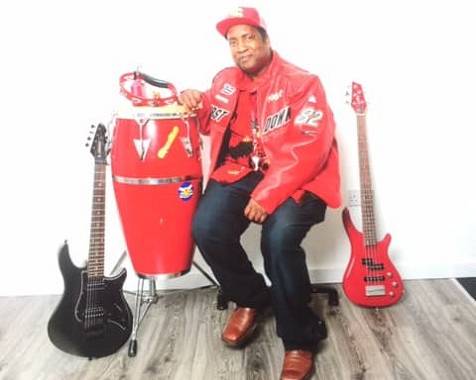 One of the two surviving members of Bhundu Boys – Kenneth Chitsvatsva – still misses his friend Biggie Tembo, who died 24 years ago.

The 60-year-old, who served the group as drummer and backing vocalist with distinction, says his heart bleeds for his former paymaster’s legacy and family.

The UK based drummer is one of the surviving Bhundu Boys members along with Rise Kagona, who has since relocated to Scotland.

However, it is Chitsvatsva – uncle to urban grooves star Rockford “Roki” Josphats – who still misses his friend with whom they extensively toured Europe together.

From Biggie Tembo to HHP. . .the lonely lives of stars at…

“I still miss him because there are so many things we did together when he was still alive.

“We were popular and each and one of us played their part then but it was Biggie Tembo who was more popular among us (Bhundu Boys) as a group,” says Chitsvatsva who is set to release two singles namely Ngoma Ndiyo Ndiyo and Chikoro.

Chitsvatsva, who has settled well in London, says he is still in the game despite him having other commitments.

“I have been doing music all along when I was still in Zimbabwe and I can’t stop it anymore even though I have settled here.

“Currently, I am working with Congolese instrumentalist Mbokoliya Burkina Faso but I still miss my friend Biggie Tembo,” he says.

COLD SHOULDER
Despite his effort to ensure he remains in the game, Chitsvatsa feels Biggie Tembo’s family is giving him a cold shoulder.

“I once called Biggie Tembo’s son (Biggie Tembo Junior) and told him who I am with the hope to help him but I was given the cold shoulder.

“However, I would not want to blame anyone because when I called, the person who answered the phone claimed he was Biggie Tembo’s manager.

“He told me that the boy was busy on stage performing and I expected them to call me back.

“I called again but there was no response and I then decided not to make further follow-up.

“All I wanted from him was just to get in touch with the family and see how I can help them,” he said.

Despite being shut out, says Chitsvatsa, the revered drummer and composer says he enjoys helping the needy.

“To be honest, I have been helping people all my life and I can still do the same to Biggie Tembo’s children.

“I have got some instruments that I want to dispose and I have thought of Biggie Tembo’s children who are pursuing music but I am being shut out,” he said.

HOME SICK?
Unlike most people in diaspora who are homesick, Chitsvatsva is stuck in-between on whether coming back or not.

“Of course I would want to return home one day but when I come back to Zimbabwe, what will I do there?

“I hear things are tough but still Zimbabwe remains my home where I was born.

“Currently, I am only focused on my life and career here in the UK but I miss the good old days with my friends Biggie with whom I worked with,” says Chitsvatsva who affairs are being run by fellow musician Liversey Matamba back home.

BIGGIE TEMBO MEMORIAL
Asked whether they had plans to host Biggie Tembo’s tribute show, he could not mince his own words.

“There is nothing wrong with us remembering him but it all depends on the cooperation of his family.

“Like I said, if I get in touch with the family, we will certainly do something to remember him.

“However, my worry at the moment was failure to get in touch with the family so that we cane map out something.

“It’s not like there is too much I want from them but just getting hold of them and see what we can plan together,” says Chitsvatsva who still has fond memories of the late crooner.

AIDS & MUSICIANS
With most of the artistes of his fellow band members having died of AIDS or HIV related illnesses, Chitsvatsva reckons musicians should not be castigated as reckless people.

“A lot has been said about musicians dying of AIDS but I think it’s high time we think outside the box and accept that Aids is now like any other diseases, which can be managed.

“The only challenge we face as artistes is that we are on the limelight and many people look up to us.

“However, the perception must change because a lot has been done in as far as fighting Aids and people know the truth about the disease right now as compared to the past.”

MESSAGE
Despite being miles away, Chitsvatsva said he still follows trends on the Zimbabwe music landscape.

He says that despite changes in music originality counts a lot for one to be at the top.

“In music, a lot changes but as artistes we need to be original.

“In cases where music is evolving, we need to keep up with the new trends but not forgetting our roots,” he says.

CHITSVATSVA ON ROKI
Turning to Roki who in African tradition is as good as a son, Chitsvatsva says he would pick himself if he remains committed.

“He doesn’t need to worry but to keep on working hard and be consistent like most of us.

“We also went through that phase at one stage and it’s not new at all that we find ourselves down.

“Consistency and hard work is all we need to be there at the top and that’ why we have made it this fans,” he said.

He however urges fellow musicians of Roki’s generation and even younger to be patient.

“Patience is one thing that we need in this game otherwise without patience you won’t make it to the stars,” he adds.

In short, Chitsvatsva is yearning for the past yet he is stuck on whether to return home for good or not.

But all he preaches is hard work and patience which saw them churning out hits such as Simbimbino, Chekudya Chese, Chitima Kwe, Babamunini Francis, Jekesa among others. H-Metro

From Biggie Tembo to HHP. . .the lonely lives of stars at the top