It’s slowly but surely shaping up for the 2019/ 20 Eswatini soccer season with the first kick-off seeing former Shabanie Mine coach Takesure Chiragwi as the first Zimbabwean off the bloc on a winning start with 3-1 Matsapha United penalties win over Malanti Chiefs in the playoffs of this year’s Eswatini Posts and Telecommunications Corporation Charity Shield. 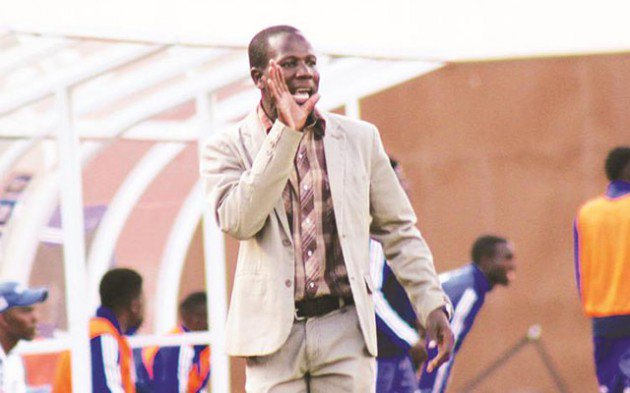 The match had ended 1-1 warranting separation through the lottery kicks but this triumph however drove into a 1-3 defeat at the hands of Royal Leopards in the play-offs final, who now join the country’s big three of Manzini Wanderers, Mbabane Highlanders and Mbabane Swallows in the finals proper set for 11 August.

Leopards had earlier on defeated Manzini Sea Birds 2-1 in the second semi-final of the play-offs.

Champions in 2006, 2013, 2015 and 2016; Leopards will now have their name thrown into the hat, as the chase for the E1,1 million “carrot” begins. Edwin Matsebula’s men will await the semi-final draw against one of the big three sides to begin the chase for their fifth title.

For Matsapha United, it is the end of the road in their bid to earn a spot in the tournament for the first time.

The police outfit recorded their first win against “Bogandaganda” n all competitions, as they cost Leopards the elite league title last season by forcing them to a 1-all draw.

In the reverse fixture of the league, the game had to be abandoned before the resumption of the second stanza as an unidentified fan sprang into the field of play to grab the Matsapha goalkeeper’s towel off his shoulders to cause a commotion which forced the referee to call the game off.

In the first instance, he had the ball slip from his hands trying to defend a cross from Mathokoza “Tokyo” Thwala and the ball fell right at the feet of Mcolisi “General” Lukhele, who tapped in easily to hand Leopards the first goal only four minutes into the game.

The second mistake was even worse and it took the sugar-belt side out of the game. Obodai Adja unnecessarily tried to dribble Sifiso Matse inside the box and the Sihlangu player marked well to get the ball and scored only a minute into referee Thulani Sibandze’s additional time after a number of great missed chances.

This was the third goal and sealed Leopards’ victory. Leopards’ second goal was scored by the man-of-the-match, “General”, striking at close range from a Bonginkhosi “Manyovu” Dlamini corner-kick.

The shot took a slight deflection from the opposition players to end up at the back of the net in the corner of the goal post.

Chicago’s Matsapha consolation goal was scored by Bongani Dlamini as an equaliser when they were trailing 0-1 six minutes into the second half.

The Mhlume-based outfit capitalised on Leopard’s lapse of concentration at the back and the goalscorer tapped the ball over a charging Phephisani Msibi.

Matsebula proved to be a good and experienced coach after taking out “Tokyo” for industrious Fanelo Tsabedze, who assisted the team play much better to eventually find the two winning goals.

Great chances were created by Leopard towards the end of the game. Matse rattled the woodwork with a delightful effort with the final score being 3-1 in favour of the security forces side.

Cheating man homeless after mistress chucks him out