The video which was produced by Vusa Blaqs was released on Jah Prayzah’s YouTube channel on Monday with picturesque scenes in a rural setting with wonderfully painted huts as well as the Victoria Falls. If one follows the “My Beautiful Home” competition in rural Matopos, they would recognise some of the murals on the huts in the music video.

Other than the video’s scenes, its catchy lyrics in the chorus “. . . unotadza nei kundipa rese sadza nemuriwo ndakabvisa yese,” have gotten people talking as they have left many wondering if the track is about food only as it seems to have a sexual implicature.

In the run up to the music video’s release, Jah Prayzah initiated a #SadzaNeMuriwo hashtag and encouraged people to share their images having sadza and vegetables. They complied and it all made sense on Monday afternoon when he released the music video.

Ben Chest who this year won a RoilBAA for Outstanding Male Model said it was a great experience working with Jah Prayzah. 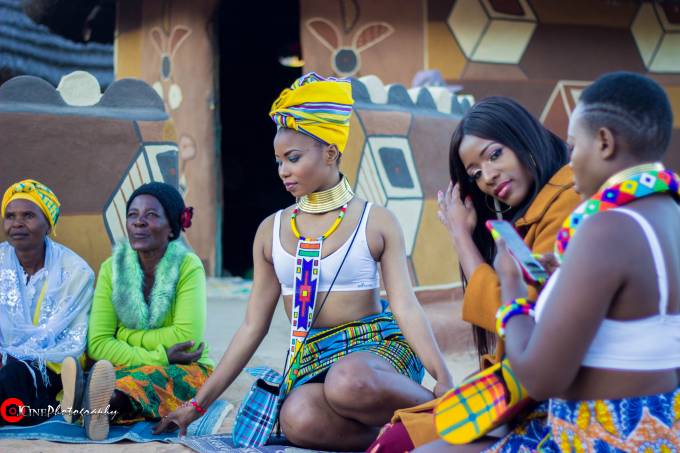 “I got a call from Jah Prayzah requesting me to be part of a music video. He wanted me to play the role of his brother accompanying him to pay lobola.

“It was a great experience working with Jah Prayzah and crew as they’re very talented,” said Ben Chest.

He said such invitations validate the awards and recognition that he has received.

“The appearance on the music video comes at a time that I’m fresh from winning a RoilBAA. This is a positive move as people want to see the work that we put in as models. 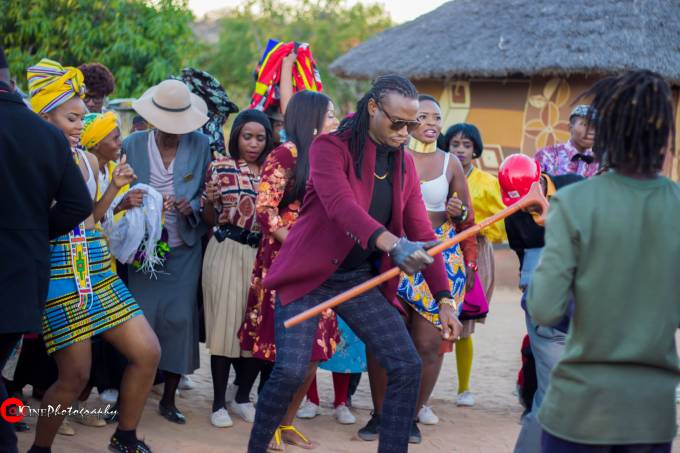 “Also, with Jah Prayzah having penetrated the regional market and continent as a whole, people will be able to see what we do in Zimbabwe,” said Ben Chest.

Iyasa director, Nkululeko Dube, whose group fits in very well in the video with their dance routines and colourful outfits, said Jah Prayzah had inspired Iyasa group members with this feature.

“Iyasa being on a music video with Jah Prayzah shows how relevant the group is. The feature has also shown young Iyasa artistes that it’s possible to work with big artistes. They’ll definitely walk away with many lessons,” said Dube.

The music video’s director and producer, Vusa Blaqs said the new offering was in line with their thrust to showcase the beauty of Zimbabwe’s diverse cultures.

“We’re trying to showcase as much of the country as we can with this latest music video. We wanted a uniquely African homestead and we chose the one in the Matopos area for the setting of Jah Prayzah’s lobola payment ceremony,” Blaqs said.

He said he selected Matopos after being mesmerised by the beauty of the “My Beautiful Home” competition homes.

“I was going through pictures on Facebook and I came across the ones from the “My Beautiful Home” competition. The huts were beautifully painted and showed more of the diverse cultures we have in Zimbabwe. This fit in well with my vision and I settled for Matopos.”

He commended the people in the Matopos villages for accommodating the crew.

“I didn’t even have to do casting. People came in their numbers and they were happy to be part of the music video shooting. Two local headmen even came to the scene and made up the cast.

“All in all, it was a great and memorable experience,” said Vusa Blaqs.

The Sadza Nemuriwo music video follows another by Jah Prayzah, Dzamutsana, which was shot in the rural setting of Binga. The Chronicle

‘I heard Jah Prayzah was cruel’