Floods and landslides caused by torrential monsoon rains have killed at least 50 people across Nepal while dozens more are missing, officials said yesterday. 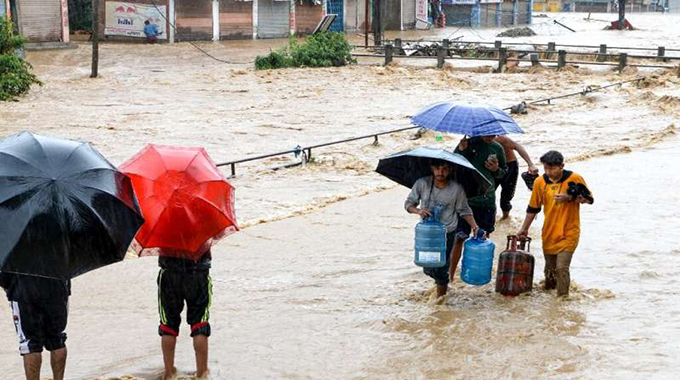 Northeast India has also been hit by floods with 11 deaths recorded as rivers burst their banks. Heavy rains since Thursday have hit several districts in Nepal, especially in the country’s eastern region and the southern plains, affecting thousands.

Nepal police spokesperson Bishwaraj Pokharel said 33 people are missing while over 1 100 people have been rescued. “We have mobilised all resources in the country for search, rescue and relief and have been able to reach all affected areas,” Pokharel said.

Authorities said river levels are expected to return to normal from today.

Monsoon rains from June to September cause widespread death and destruction across South Asia each year.

In India at least 11 people have died in the country’s northeast, officials said, with some 20 000 being housed in relief camps in badly-hit Assam state.

In Bangladesh aid groups were providing rations to Rohingya refugees in the southeast of the country with the UN World Food Programme saying Friday that two people including a child had died.

Last year, more than 1 200 people were been killed across South Asia in monsoon storms, with India’s Kerala suffering its worst floods in nearly 100 years. — AFP