In just one-and-half hours, the Warriors dragged themselves from the doors of paradise to the gates of hell; transformed their Afcon adventure from being a symbol of hope to a tour of shame and watched as immortality rejected them on a horror night that felt like the end of the world. 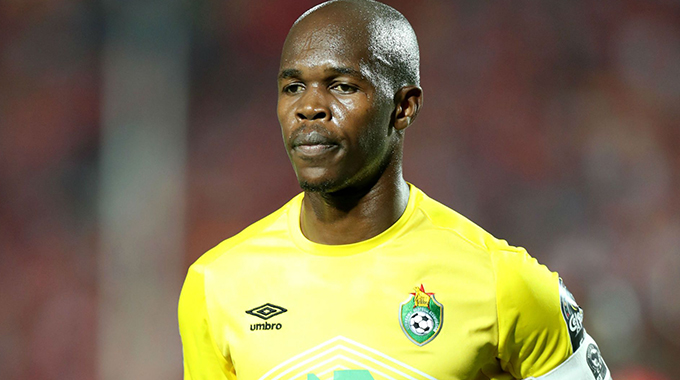 It could be football’s version of Armageddon for a lot of them; skipper Knowledge Musona says he will now reconsider his international football future after exactly 10 years in the trenches and a tournament that lurched from one disappointment to another for the Smiling Assassin could be his last in his country’s colours.

The next three months, between this disastrous tournament that ended in tears and shame, and the start of the 2022 World Cup qualifiers in September, will provide a window of reflection for Musona, who revealed to our Harare Bureau how the toxicity of this adventure had taken a huge toll on him and he will now have some tough decisions to make.

Before a ball was kicked here, he said he believed he still had about 10 years of service for his country, but after ending the campaign goalless, and having provided the tournament with its most shocking miss, the assassin, who had made us smile for about a decade, appears on his way out.

“The last time I said I am likely to be around for about 10 more years, well, things have changed and we will see in the coming days,” said Musona.

Nyasha Mushekwi had already made a decision this would be the final goodbye to his international football dance, after also spending 10 years in the trenches, and a number of players, who feel this adventure strained and tortured them to the limits, are also considering their futures.

The ugly narrative, in which love and sympathy for them has been transformed into hate and rejection by some of their fans with a huge constituency now using a tough word like “mercenaries” to describe them, is also likely to force a number of them to slip into international football retirement.

Coach Sunday Chidzambwa has never been one to take kindly to brutal criticism that will be generated by the events that unfolded here, especially after that game-from-hell on Sunday night, and it’s very likely that his journey with these Warriors, stretching for more than a quarter-of-century, is also set to come to an end.

The Zifa leaders, who only came into office last December, will also be heavily criticised, especially after the way they handled the issues related to the rows over bonuses and allowances, which ended up dominating the Warriors’ camp, which some critics blame for deflecting the attention of the team at a time their focus should have been on this tournament.

There are results in football that change everything and the 0-4 massacre at the hands of the DR Congo on a night the Warriors had stood on the verge of making history and qualifying for the knockout stages of this tournament for the first time, is one of those results.

There is something about these Congolese, either side of the vast Congo River in Kinshasa or Brazzaville, when it comes to inflicting results that have far-reaching consequences for the Warriors, and their leaders at 53 Livingstone Avenue, and the events of Sunday night were virtually a replay of the horror of 1991 in Harare.

A goalkeeper’s fatal mistakes dominating the headlines and where John Sibanda stood alone, consumed by pain after his howler provided Congo-Brazzaville with a late goal that took them to the 1992 Afcon finals at the expense of the Warriors, now stood Elvis Chipezeze on Sunday night.

Maybe, he cannot be blamed for conceding the penalty for the third goal, after bringing down Cedrick Bakambu who had pulled clear of a chaotic defence, but he can’t escape the blame for two schoolboy blunders, for the first and last goal, in which he gifted these Congolese with goals that would still attract severe criticism for a ’keeper even at boozers’ tournaments.

The first was a shocker, a routine free-kick should have produced a routine save, but somehow, he fumbled the ball, it looped from his grasp to kiss the crossbar and provided an invitation for striker Jonathan Bolingi to pounce and, after just a few minutes, the horror that would define this match, and campaign, for the Warriors was being scripted.

The last one was also a poor one to concede, for the goalkeeper, somehow punching a weak effort back into play and onto the path of striker Britt Assombalonga to finish with ease.

“I am here today to again apologise for the mistakes I have made and the embarrassment I have caused,” Chipezeze said on Twitter.

“I make this apology to my nation and my teammates, also not forgetting the technical staff.”

In an age where judgment is swift and brutal, where every mistake is now discussed live by the fans on social media, Chipezeze knows he is talking to an angry constituency because his Twitter handle has been pregnant with messages from fans pained by what unfolded at the June 30 Stadium on Sunday.

It’s not that Chipezeze wasn’t aware of that.

“There’s a difference between interest and commitment,” he had written on Twitter in the days leading to this game.

“When you (are) interested in doing something, you do it when it’s convenient. When you are committed to something, you accept no excuses, only results.”

Well, the result on Sunday night was a very bad one.

And, back in 1991, a similar one provoked seismic changes in the Warriors technical department with technical adviser Ben Kouffie and coach Armando Ferreira losing their jobs after Sibanda, a surprise last-minute replacement for Peter Fanwell, gifted the Congolese, from Brazzaville, the goal that took them to Senegal.

The Zifa board, back then, collapsed in the firefighting and witch-hunting that followed.

No one knows what will follow next after the disaster on Sunday and the domestic football leaders could argue that, having paid, at least, US$20 000 to each member of the Warriors for this tour of duty, they did the best they could and can’t be held responsible for all this mess.

Chipezeze, playing only because first-choice ’keeper George Chigova was injured just before the game and Edmore Sibanda was injured in the first game, might struggle to find a way back to acceptability by a local football constituency that is usually brutal and unforgiving to those who lets it down.

But, to single him out will be unfair because this was a poor performance by the Warriors even though statistics will deceive them by showing they had 56 percent of the possession.

“We have no excuses for this result,” said Chidzambwa.

“We played really badly, we conceded a lot and we need to regroup after getting back home.”

The home the Warriors left when they started this tour of duty more than a month ago, is a different one to the one they will return to this week.

If this is the end, for Musona, in particular, the devil could not have scripted it any worse for this model footballer, who, for a decade, cast a spell on these Warriors. The Chronicle