The expectations and hopes of building bridges between warring camps in the beleaguered Apostolic Faith Mission (AFM) of Portland Oregon church in Southern Africa have faded as the factions continue plotting against each other in a series of legal battles. 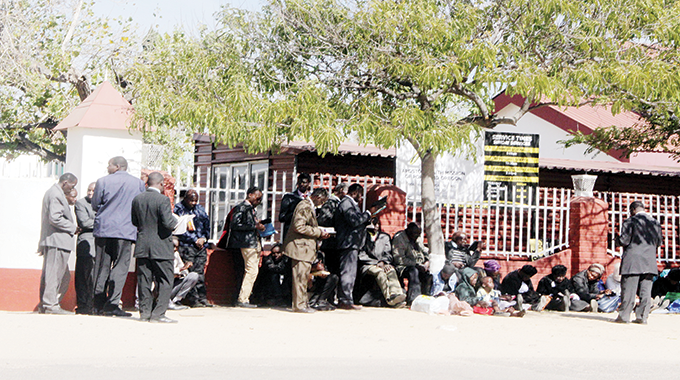 The AFM of Portland Oregon, one of the country’s biggest churches which is headquartered in Bulawayo’s Pelandaba suburb, was formed by the late Reverend Morgan Sengwayo in 1955 and later affiliated to the parent church based in Portland, Oregon in the United States of America.

The church has since 1985 been plagued by numerous divisions which resulted in splinter groups.

Reverend Richard Sibanda, who is on suspension, has been at the helm of the church in the Sadc region since 1985 until he broke ranks with the parent church leadership and subsequently replaced by Reverend Gumbo.

Rev Gumbo’s administration took over control of the church buildings and properties following a protracted legal battle, which spilled into the Supreme Court.

SA man jailed 6 months for sleeping in AFM church in…

According to the Supreme Court judgment delivered by Justice Ben Hlatshwayo, who was sitting with Justices Marie-Anne Gowora and Tendai Uchena, Rev Sibanda was ordered to immediately relinquish possession and use of all church properties both movable and immovable by virtue of his suspension.

Other church members allegedly aligned to Rev Sibanda have since launched a fresh legal battle at the Bulawayo High Court challenging their evictions from church buildings across the country.

Prior to his departure to the United States for the church’s annual international camp meeting, Rev Gumbo directed the Sheriff of the High Court to execute eviction orders against church members deemed loyal to Rev Sibanda.

When The Chronicle visited the Pelandaba church yesterday, church members deemed to be loyal to Rev Sibanda were milling outside the empty church building after they were barred from accessing the premises by security guards hired from a local security firm.

Twelve members including pastors, affected by the eviction order, have through their lawyers Majoko and Majoko Legal Practitioners, filed an urgent chamber application at the High Court challenging their ejectment. They cited the Deputy Sheriff of the High Court, the AFM of Portland of Oregon, Rev Sibanda, Rev Oniyas Gumbo and his two senior pastors Reverends Kwaziso Bosha and Jameson Nkiwane, as respondents.

The 12 applicants, who are led by Mr Assa Chimeri of Masvingo, are seeking a court order staying execution of the writ of ejectment under case number HC2106/19 barring respondents from interfering with their worship, occupation, use and enjoyment of church premises in the affected cities and towns.

In his founding affidavit, Mr Assa Chimeri said: “I am a member and minister in charge of the Apostolic Faith Mission of Portland Oregon in Masvingo. I have been a member since 1975 and thus have been aware of sad divisions within the church, which started soon after the death of the founder in Zimbabwe, Rev Morgan Sengwayo in March 1982.”

He said despite the divisions, which have played out in the open, he has continued to be a loyal member of the church.

“Notwithstanding the disputes, I remain a loyal member of the church despite differences with other members in terms of upholding traditional church practices. I am not a party to the wrangles but the first respondent (Deputy Sheriff of the High Court) came to the church premises in Masvingo, Beitbridge, Chinhoyi, Kwekwe, Kadoma and Triangle carrying notices of removal to evict us,” said Mr Chimeri.

He argued that the evictions were being carried out under the guise of Supreme Court and High Court judgments, which only barred Rev Sibanda from controlling the church properties.

“The writ or eviction order does not specifically cite me or any of my co-applicants as respondents and directing our evictions but we note that the same writs have been used in Bulawayo and Gweru against perceived enemies of the church spuriously represented by Reverends Gumbo, Bosha and Nkiwane who are known to belong to a faction that left the church 14 years ago. They have been fighting Rev Sibanda over his conservative ideas on customs shared by the majority of members,” he said.

Mr Chimeri argued that although Rev Sibanda was the leader prior to his suspension, he never claimed any right to worship or access church premises through him.

“For the protection of our rights as applicants, I pray that a provisional order be issued interdicting our access, possession and enjoyment of the church property,” he said.

The eviction orders follow a recent judgment by consent under HC2106/19 of March 4, 2019 by Bulawayo High Court judge Justice Thompson Mabhikwa, which dismissed an interim order granted in favour of Rev Sibanda in August last year. The Chronicle

AFM leader to step down