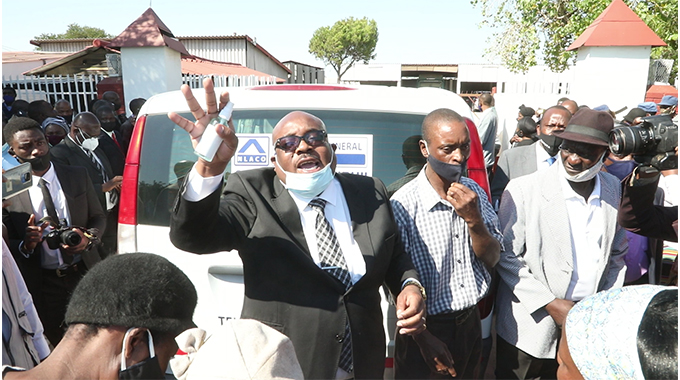 Tempers flared yesterday during the funeral proceedings of the late Missiondom Sengwayo, the youngest son of the late founder of the Apostolic Faith Mission (AFM) of Portland Oregon, Reverend Morgan Sengwayo, as infighting within the beleaguered church continues to rear its ugly head.

Missiondom died on Sunday at the United Bulawayo Hospitals (UBH) due to injuries sustained following a brutal attack by thugs at the church house in Pelandaba suburb.

He had been on life support for a week following the attack, which left both the family and the local community with more questions than answers.

Missiondom was buried yesterday next to his parents at Green Gables farm near Khami Ruins on the outskirts of Bulawayo.

He was the only surviving son of the late Rev Sengwayo who died in March 1982. Missiondom’s father was instrumental in the establishment of the church in the Sadc region.

The funeral proceedings marred by chaotic scenes after a rival faction aligned to the church’s regional superintendent Rev Oniyas Gumbo, blocked the hearse carrying Missiondom’s body from accessing the church building in Pelandaba.

Local residents who had coalesced around Missiondom’s camp denounced Rev Gumbo’s faction as they sang and marched towards the temple where a service was scheduled to be conducted ahead of the burial.

The gate was locked and mourners, some from as far as South Africa and UK, failed to access the church premises resulting in chaotic scenes with some angry people trying to destroy the locked gate. Police watched helplessly as the drama unfolded.

There was a heavy police presence during the funeral, which was preceded by a short service at Missiondom’s place of residence.

Residents and church members thronged the church house to pay their last respects.

The situation degenerated into chaos after church members aligned to Missiondom’s camp started chasing away members of the Gumbo faction who were subsequently forced to lock themselves inside their houses.

“These people are the ones who killed our brother and they must account for their evil deeds. We don’t want to see them. They must not come here to shed crocodile tears,” one mourner was overheard shouting.

Rev Gumbo’s camp won control of the church properties following a series of litigations at the superior courts.

The Sengwayo family is alleging that Gumbo faction is behind the death of Missiondom. Police are however, still conducting investigations and no arrests have been made so far.

Church leaders had a torrid moment as they tried to calm down tensions among rivals. Rev Gumbo, who is based at the church regional headquarters in Harare, didn’t attend the burial. 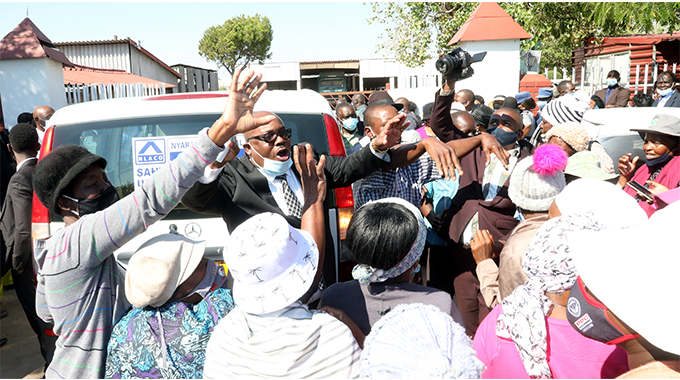 Speaking on behalf of the family, Missiondom’s sister, Mrs Seldom Tshiwilowilo said: “God was watching as our brother was being attacked and as a family, we will not hold a grudge against the killers because it is God who allowed his callous murder to happen.”

Mrs Tshiwilowilo struggled to hold back her tears as she narrated how her brother was treated by members of the Gumbo faction during his stay at the church house.

Bulawayo Progressive Residents Association (BPRA) treasurer, Mr Alick Gumede appealed to the residents with information that could lead to the arrest of the suspects behind Missiondom’s death to notify police.

In their graveside eulogies, speakers spoke highly of Missiondom, describing him as their hero who resolutely fought for the preservation of his father’s legacy.

Mr Pardon Moyo, whose father was one of the pioneers of the church, challenged church members to carry on with Rev Sengwayo’s legacy.

“He (Missiondom) refused to be intimidated and just like the late biblical Stephen he was killed for what he believed in by those who sought to destroy his father’s legacy. I therefore urge our church leaders and generality of congregants to continue upholding the church’s founding principles as we lay to rest our brother,” he said. 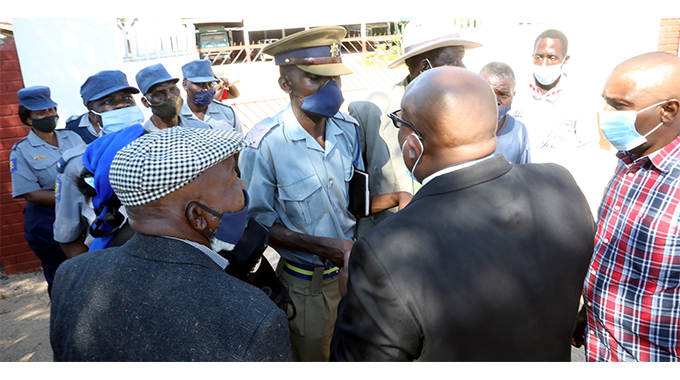 “The death of Missiondom must reunite and solve our differences once and for all. His death reminds us of the good old days before divisions rocked our church. The residents of Pelandaba are very angry about what happened and I do not even know how the rival faction will continue using that church building, especially after blocking the body of our church founder’s son from passing through the chapel,” he said.

The church popularly known as Ivangeli or Church yako Sengwayo, was founded by Missiondom’s father in 1955. It was later rocked by divisions following Rev Sengwayo’s death. The Chronicle