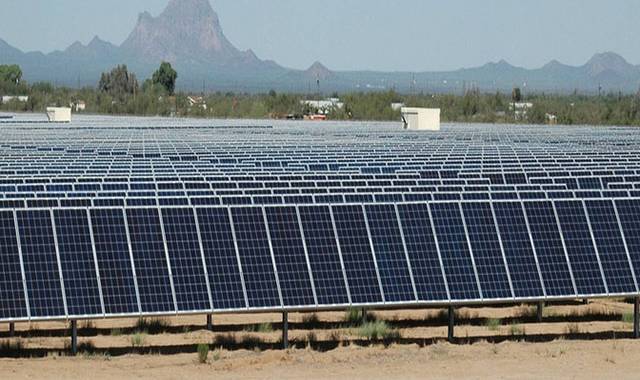 PGMs are Zimbabwe’s second largest mineral export earner after gold and together the minerals generate over 60 percent of the country’s annual mineral export earnings. In 2019, Zimbabwe earned US$4,7 billion from exporting minerals.

“Zimplats is investigating the possibility of establishing a 160MW solar power station in an effort to ensure affordable, uninterrupted power supply to our operations and support Government’s thrust on industrial linkages,” Zimplats said in an emailed response to questions.

Blanket Mine turns to solar power

The PGM’s miner said it was still determining intricate details of the planned project, to be confirmed through a feasibility study to be completed by end of next month.

“The company through its technical partners is conducting a feasibility study which will determine the total project cost, scope, risk, funding strategy and timelines for completion.

“The feasibility study will be complete by July 2019,” Zimplats said.

The company would also not say where the solar power plant would be located, but Zimbabwe is generally known to have excellent solar radiation conditions throughout the year across most parts of country.

Zimplats’ business is the mining, processing and production of platinum group metals (PGM) and associated base metals from the Great Dyke deposits in Zimbabwe, a mineral rich belt, which cut across the country.

The group’s four underground mines are operating at full production while a fifth replacement mine is being constructed at a cost of US$265 million to replace two older mines whose ore reserves are nearing depletion.

Production from the mining operations is processed by three concentrator plants (one at Selous and two at Ngezi), before the concentrate is further refined at the Selous Metallurgical Complex, where the operating smelter and mothballed refinery is located.

Zimplats is currently operating at its full name-plate design capacity of 6,2 million tonnes of ore per annum.

The platinum mining group is 87 percent owned by Impala Platinum of South Africa and is listed on the Australia Stock Exchange (ASX).

The plans by Zimplats to build a solar plant come at a time Zimbabwe is experiencing acute shortage of power which has spawned rolling power cuts, especially for domestic industry and other non-essential activities to prioritise key productive industries.

The country also has the second biggest know deposits of platinum after South Africa and comes third in production after the neighbour and Europe’s Russia.

MUSONA DESERVES RESPECT . . . In football, just like in life, setbacks are part of the game

Blanket Mine turns to solar power