The Vehicle Inspection Department (VID), which conducts driver training among other duties, has been taken over by criminal gangs that are fleecing the public and Government through pocketing various amounts for one to acquire a driver’s licence. 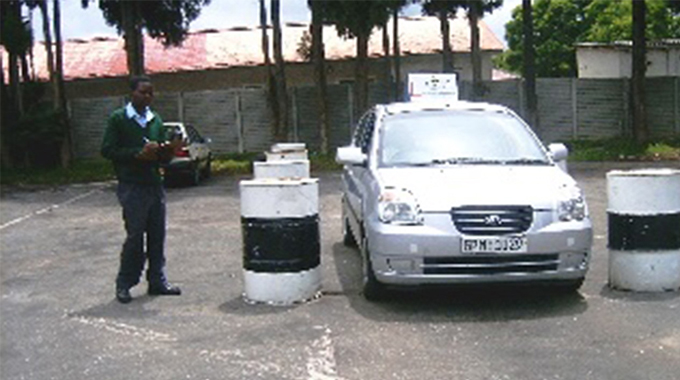 Additionally, VID inspectors are deeply involved in passing unroadworthy vehicles, malpractices that have contributed to an increasing number of deaths on the country’s roads that top 2 000 every year, according to the Traffic Safety Council of Zimbabwe.

And, over the years, it has become a public secret that for one to acquire a learner’s licence or a full certificate of competence, one has to pay a “mandatory” bribe.

Investigations conducted by our Harare Bureau revealed this shocking rot that has been allowed to continue unabated.

It has been discovered that at various depots across the country, prospective drivers are being made to pay bribes ranging between US$70 and US$100 for road test and RTGS $250 to acquire a learner’s licence without even reading the Highway Code manual.

Syndicates at the centre of the scam involve driving school instructors, Highway Code manual vendors at the depot entrances and the VID inspectors. Some VID inspectors are now filthy rich as they rake in up to US$400 per day from corrupt activities.

In our investigations, we established that aspiring drivers are being made to pay US$70 upfront for a Class Four road test, of which US$20 goes to the instructor while the VID inspector takes the remaining US$50.

Class One road tests cost US$100, which is also shared between the driving school instructor and the VID inspector. In cases where a book vendor plays the go-between, the VID inspectors share the bribe with the vendor.

Investigations also revealed that transport operators are paying bribes in the range of US$50 and US$70 for easy awarding of fitness certificates, a development that has seen unroadworthy vehicles using public roads.

Our Harare Bureau deployed an undercover reporter to the Eastlea depot in Harare where he met a vendor who confessed to working with insiders at VID Marondera.

He charged RTGS $250 for the service – and we are in possession of an “authentic” learner’s licence number 471895G, with complete security features, obtained from Marondera on Monday, June 17.

“I have connections with VID officers in Marondera,” is how our source began at the beginning of the investigation. “It is now hard to obtain a learner’s licence here in Harare because everything is now computerised. If you are interested, I will take you there anytime as long as you have the $250. The document is authentic,” the middleman said.

The reporter and the middleman embarked on a journey to Marondera VID depot. Upon arrival, the vendor asked for the money, which he said should be strictly in cash.

The reporter paid.The middleman, who already knew his way around, was warmly welcomed by one of the officials at Marondera depot and the corrupt proceedings began. The reporter was instructed to do the formalities which included filling the registration form before sitting for the tests.

The middleman disappeared with the official. The middleman assured the reporter, who had never read the Highway Code, of a learner’s licence saying he only had to put an “X” in any box and relax until the papers were marked.

The reporter proceeded to the exam room and randomly answered the questions. In three minutes, the reporter who had never had sight of the Highway Code, was done. He passed the test with a good 88 percent.

The reporter had a few minutes to chat with other students who had also passed the test and discovered they had also paid.

One had this to say: “I consulted one of the instructors with a driving school in Harare who charged me $230 RTGS. He said he was well-connected with officials here at Marondera VID offices. So I gave him the money and my personal details and today I just came and passed though I did not know most of the questions.”

In Harare a female inspector popularly known as “Kedha” reportedly owns a fleet of luxurious buses, which ply international routes.

She recently upgraded from a fleet of vans which used to service local long distance routes like Harare-Bulawayo.

Reports are that the same inspector built a mansion in Borrowdale in a short space of time. Investigations further revealed that the graft now appears normal in the country with some VID officials vowing not to issue a driving licence to those who do not pay bribes.

Corruption has also allowed unroadworthy vehicles to operate, provided the owners pay bribes to the VID officials to acquire a certificate of fitness.

This has greatly contributed to the high accident rates recorded over the years.

VID inspectors have built mansions in leafy parts of Harare while others now operate cross-border public transport, a development calling for an urgent lifestyle audit in the department.

In view of the fact most civil servants get salaries in the region of RTGS $600, a number of inspectors are living a life beyond expected standards.

The development comes at a time Minister of Transport and Infrastructural Development Joe Biggie Matiza was working round-the-clock to plug loopholes in the VID system and curb graft.

“The only way to end the problem is introduction of the ELLT. Dishing out licences to people who are not conversant with the rules of the road is dangerous. It results in road carnage,” said Minister Matiza.

“I urge everyone to do the right thing to obtain licences. As you can see Government is putting measures in place to curb corruption in the acquisition of learner’s licences and to plug all the loopholes in the system. People should now play their part as well by following the correct procedure of obtaining licences,” he said.

At VID Eastlea Depot in Harare, learner’s licence corruption has been managed through introduction of the electronic system but at other depots people are still paying for the provisional licence.

A VID officer stationed at Marondera is reportedly getting learner’s licence clients through his wife’s driving school in Harare.

A number of people pay the bribe to the wife in Harare before travelling on their own to Marondera where the VID officer corruptly issues them with the licences.

Others make use of vendors of the Highway Code manuals, who connect them to VID officers in Marondera. The Chronicle