Life of a legend inspires the hopeless and even failures who have given up on their dreams. 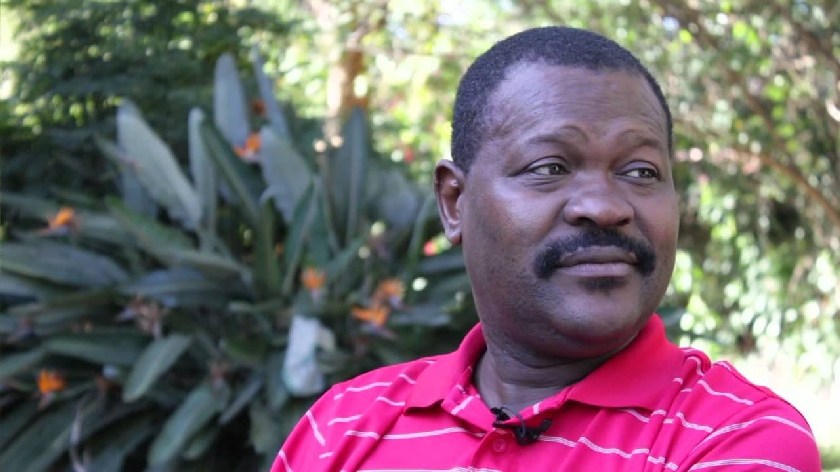 Someone’s life experience can breathe life into a dead body to resurrect the lost hope.

Rough and tough upbringing does not mean wishes in life are unachievable and impossible.

Events and experiences encountered by a legend born in 1962 in a village called Kafusi in Gwanda and started his grade seven at the age of 20 can relate to the phrases above.

The legend is a celebrated dub-poet and actor Albert Nyathi who defied odds coming from an undeveloped rural area in the south of the country to become an internationally acclaimed dub poet.

Nyathi said hard work, authenticity and humility have contributed to his success in the arts and entertainment sector.

“There are a lots of major factors that can make someone to be successful; in what he/she does.

“Hard work is one of those important ingredients to success.

“You should never take people or the audience for granted. Humility plays a big role if you want to go far in the arts and entertainment industry.

“An artiste should try to be original as he can. It is impossible to come with something new that has never been done before but it is important to be original in terms of execution of your work,” said Nyathi.

“If you use someone’s lines you have to acknowledge them and not to personalise them as if they are yours,” he added.

CHILDHOOD
Nyathi, who confessed that he never liked school and bunked lessons at primary level, said exposure changed his way of thinking and played a role in his musical and poetry journey.

He believes exposure through the visits to the City of Kings – Bulawayo – gave him an insight and changed his perception on life.

“There was no inspiration and no role model in the village and it could have been one of the reasons I never liked school as I had never seen someone becoming successful through education.

“All I wanted was to go and work in gold mines in South Africa – Wenela – and come back to the village rich with a galaxy radio, bicycle, buy cows and then marry.

“But some visits to Bulawayo and many voices that I listened to changed my way of seeing life,” he told H-Metro.

EDUCATION
Nyathi later on attained a Bachelor’s degree in English at the University of Zimbabwe and he believes art is not for school drop outs.

He also believes if upcoming artistes want to be successful they should not prioritise money.

“Artists should not think about money too much if they want to go far.

“It is wrong if you are still growing. Initially you have to take your art as a hobby and work harder. Perseverance pays.

Nyathi said advice from the elders is necessary for one to succeed in whatever he does on earth.

“A lot of people underestimate the importance of our elders in the society.

“Those grey haired people are important. They have seen a lot and they have worthy stories to listen to.

“That is where there is a lot of wisdom and knowledge,” he said.

The well-travelled dub-poet said talent is natural and it needs to be supported with the passion, be it an artist or a sports person.

“Talent is natural or an inborn and aid to it by getting further practice.

“Tuku’s voice and Lovemore Majaivana’s voice were God given and even some of those who become businessmen were born with a business acumen. Meaning some things are natural talent should not be taken for granted,” said Nyathi.

INSPIRATION
As a first born in their family of 10 from his mother’s side and someone who has been successful in the arts and entertainment industry, Nyathi said his siblings see him as an inspiration.

“We have grown up as a united family.

“My siblings have been encouraging me in my journey. In fact, they see me as their light.

“They look up to me to carry the torch of the family so I would inspire their children,” he said.

Nyathi said he is inspired by what he sees around and experience in life.

“Everything around me inspires my art.

“For example when I was in New York, I wrote a poem called New York.

“You can even find me in a kombi not because my car is not working but I would be looking for something to inspire me to come up with a piece.

“I can even wear a cap so that I cannot be noticed and go into a bar in Mbare like Red Bar or in Makokoba in Bulawayo just to find something to inspire me,” said Nyathi.

Though he is one of the greatest artistes to ever emerge in Zimbabwe, Nyathi has role models that he looks up to.

“In poetry there is Linton Kwesi Johnson – a Jamaican dub poet – and Benjamin Zephaniah.

“As a writer, I am inspired by Mayford Sibanda and the late Dambudzo Marechera,” he told H-Metro.

Besides him, Nyathi said there are other artistes who have contributed a lot in exporting Zimbabwean culture and art overseas.

“Though I have travelled a lot performing to different audiences other than Zimbabweans, there are also other groups and individuals that are doing very well.

“There is Insingizi, Iyasa, Black Umfolosi, Stella Chiweshe and Nkwali the lady who used to perform with me.

“On Dr Thomas Mapfumo I am not sure how much he has spread the Zimbabwean culture abroad. I do not know where to place him. He was big in the past, but is still there.

“Lovemore Majaivana is the other one, his music is now making sense than ever before. In most places I travel I am being asked about him.

“There is also a young man called Donel Mangena, a pop singer doing well in the UK.

“And not forgetting the late Dr Oliver Mtukudzi, he also played a big role,” said Nyathi.

“That group can perform anywhere in the world and still impress be it in China or Australia,” he added.

HARD WORK
Nyathi has, however, said that Zimbabweans still have to work harder when it comes to conquering the international stage.

“We have a long way to go when it comes to conquering the international market.

“We have to first stop lying to ourselves. The problem we have is we lack strong constructive criticism in our arts and entertainment industry.

“There is need to avoid mediocrity, art is about freshness. It must be refreshing to the ear and the eye,” he said.

“I enjoy watching or listening to Zimdancehall as long it is good enough.

“Let’s not patronise the young stars and say they are not adhering to what the older generation believes is good.

“Let young stars be young stars, be it in poetry or music the ultimate charge is the audience.

“And some artistes should not be fooled when they perform for large audiences here in Zimbabwe, crowds do not translate to good art. They will be shocked when they go outside and fail to impress.

“To be international you have to possess a unique style, sound and high level of creativity,” he added.

DISCRIMINATION
Nyathi has been on record complaining about the lack of recognition of the artistes in Matabeleland.

He believes the artists in Matabeleland are not getting enough air play.

“Artistes in Bulawayo are not getting enough exposure like in the past where the artistes like Lovemore Majaivana and Solomon Skuza could get some airplay.

“We have to understand there are two major regions with two major cultures and try to balance our approach when it comes to promote both culture.

“You find out that there is lack of airplay from the other end.

“I have noticed that some radio stations think they are doing a favour to the Ndebele people when they play South African music on the radio stations.

“But they will be killing the talent from the Matabeleland side. Why not playing the likes of Sandra Ndebele and other artistes from Bulawayo.

UNWANTED GAFFES
Nyathi shared two of his memorable experiences in his musical and poetry performances.

He once forgot the lines of his popular song Senzenina in the mid-90s in Mutare at Sakubva Stadium.

“I remember in the 90s where I forgot one of my lyrics on the popular song called Senzenina.

“We were travelling to the show in Mutare and the car we were using experienced a tyre burst, and after fixing it, I got a bottle of viceroy to quench the thirst.

“We got to the show at Sakubva where I shared the stage with the likes of Yondo Sister, late Simon “Chopper” Chimbetu, Four Brothers and among others.

“I performed well on the show and people enjoyed and on some songs people could not know most of the lyrics so I got away with it.

“You know alcohol plays more and more on you when you are performing.

“When it came to perform the song Senzenina which most people knew their lyrics, I forgot them on stage and people started complaining and shouting saying he is not Albert Nyathi he is an imposter.

“I left the stage and went to the car and pretended to sleep to avoid my colleagues,” he said.

“One of my most memorable show was in Victoria Falls in 1999 where I failed to go to the toilet because fans were always lifting me each time I try to move away from the stage.

“I spent two hours on stage from 10pm to midnight failing to go to the toilet,” he added.

LOVE LIFE
Nyathi was raised by a polygamist, born in a family of 10 from his mother’s side, nine from the second wife of his father and others from outside marriage making it twenty something.

Although raised by a polygamist Nyathi is married to one wife.

“We are twenty something in our family. My father married two wives.

“There is unity in our family and I have never witnessed any problems or fights from my parents or they had a way to solve them without affecting us children.

“Polygamy is a choice and those who want to do it they can do so as long it works for them.

“And I am married to one wife and I have three children – one girl and two boys,” said Nyathi.