Villagers in Gwanda rural have been left stranded as a clinic in their area has shutdown due to a goblin scare. 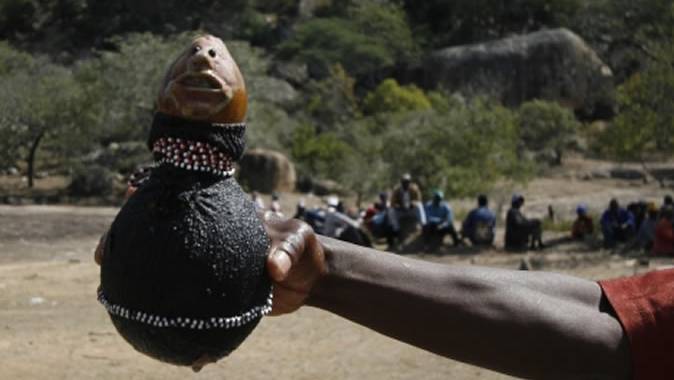 Nurses at the rural health centre, Silikwe Clinic, have since downed their tools out of fear of being terrorised by the goblins.

The area’s village head, Mr Dickson Dube said nurses vacated staff cottages and were reporting for work once a week.

Mr Dube said it was about two weeks since the nurses vacated the clinic.

“The community is now faced with a serious challenge as Silikwe Clinic is now closed. I’m saying it’s closed because most of the time the staff won’t be around. There are three female nurses stationed at the clinic and they are now staying in Gwanda Town.

“They are transported from Gwanda Town to the clinic located about 40 kilometres away by a Ministry of Health vehicle and back. However, they don’t come every day and of late they have been coming on Wednesdays only,” he said.

“The nurses reported to us that there are some goblins that were terrorising them at night while they were sleeping which forced them to vacate the staff cottages.

“According to the nurses, when they wake up every morning they would feel violated sexually. They said this situation had persisted for the past month.”

Mr Dube said villagers were now struggling to access medication as the clinic was closed most of the time. He said some villagers could not afford to travel to Gwanda Town for health services.

He said there was an urgent need for the matter to be resolved so that the clinic would be fully operational once again.

Mr Dube said Chief Masuku, whose area of jurisdiction covers the clinic, will hold a meeting with community members on Monday next week to deliberate on the matter.

“There are some villagers who are on ARVs who are supposed to get their medication at specific times but they are not because the clinic is closed.

“There are people with different conditions that need medication urgently, pregnant women need to be attended and children need to be vaccinated among other situations.

“We are now stranded as a community,” he said. Ward 2 councillor, Ms Zwelibanzi Mpofu said five villages rely on this clinic.

She said she received a report from the nurses about the challenges that they were facing early last month.

Ms Mpofu said nurses reported that goblins had terrorised them for some time now but the situation worsened a month ago.

Chief Masuku said he had received a report on the situation at the clinic and he was yet to visit the health centre to have an appreciation of the challenge that was being faced. The Chronicle

Man ‘drinks’ self to death