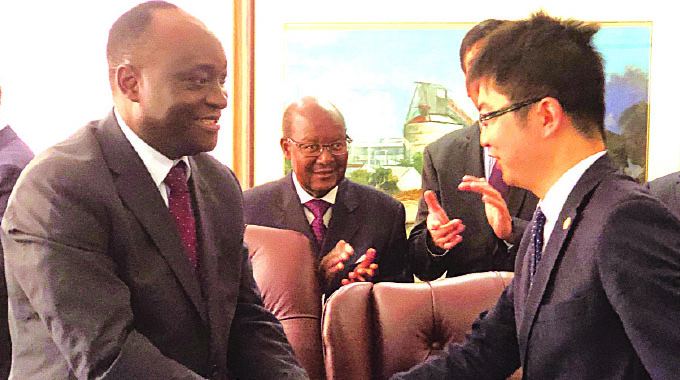 The agreement signed last Monday, will result in phased construction of solar power stations that will provide power to the group’s mining operations, including gold producers Renco, Cam and Motor and Dalny Mines.

The solar power stations will be constructed in the various locations across the country where the diversified mineral resources group —which also extracts diamonds in Murowa, Zvishavane — conducts its mining operations.

One killed after invading RioZim mine

Chief executive Bheki Nkomo said the solar facility will be one of the biggest solar plants in the region in terms of output and will not only feed its mines but also supply excess power to the national grid to ease Zimbabwe’s shortages.

“In terms of the agreement, the parties have agreed to co-operate together to pursue, in phases, a 178 megawatts solar power project in Zimbabwe, which is an estimated investment of US$200 million,” Mr Nkomo said.

The solar plant construction agreement the parties signed last week ushers in a process by which the project will be developed or implemented with construction works for the plant planned to begin before end of this year.

The agreement and project comes at a time Zimbabwe is grappling with power shortage on the back of reduced generation at one of the major power stations, Kariba South hydro power station, which was affected by drought in it catchment area this past rainy season.

The drought caused reduced inflows into Lake Kariba, causing water levels to drop to precarious levels and prompting the Zambezi River Authority, which administers affairs of the dam, to cut water allocation for power generation at Kariba South, and North operated by Zambia, which shares the dam with Zimbabwe.

Presently, Zimbabwe is able to generate nearly a 1 000MW, but demand at peak periods can reach between 1 600MW and 1 700MW with shortfall met either through imports from the region or crippling power cuts, which negatively affect households, commerce as well as industry.

One killed after invading RioZim mine

Cam and Motor mine to re-open next year