Listening to “Gara Ndichauya”, Fatima “Stimela” Katiji’s latest single, a follow up to her 2014 debut offering “Anondichengeta” — one cannot help but draw comparisons with mbira queen Chiwoniso Maraire (may her soul rest in peace). 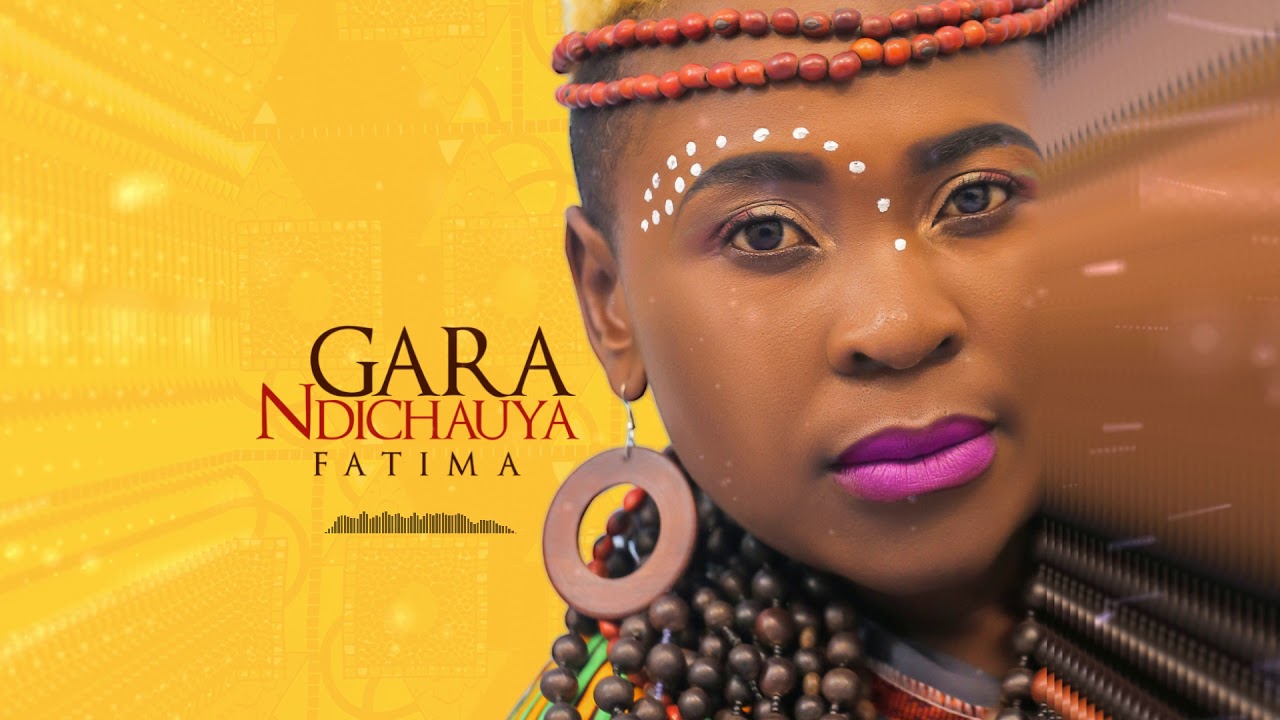 It is unbelievable that with such a quality voice, song-writing skills and the ability to make such enchanting music — the amazing talent actually works for someone.

Perhaps it explains why this someone, Jah Prayzah, has managed to stay atop the local music industry for so long.

She has seen many come and go at Third Generation, Jah Prayzah’s band, yet she remains a vital cog in the musician’s outfit. Jah Prayzah has gone to great lengths to keep Stimela, who has had her own ups and downs, on the payroll.

Not many, especially in the music industry, return to find their positions intact having gone through what Stimela went through in the over five years that she has been gyrating for her paymaster.

Her story gives a rare insight into Jah Prayzah and his inner workings. Stimela’s experiences makes it difficult for one to decide whether Jah Prayzah is such a nice person or that he is simply a shrewd businessman, who knows the value of what he possesses and would do whatever it takes to keep the asset on his books.

Whatever the case, Stimela, who turned 35 last Thursday, is a rare breed. She has gone full circle in her music career. She has two singles and is working on an album. Yet, unlike many band members in Zimbabwe who attempt to build their own brands while still under the employ of someone, she has not been fired and it seems there are no plans to do so.

Generator (Evidence Mudzingo), Baba Harare (Braveman Chizvino), Gonyeti (Pamela Zulu) and Mama Filo (Filda Muchabaiwa) are some of the people that have been “let go” by Jah Prayzah in the years that Stimela has been with the band. There are many more examples from other bands like Alick Macheso’s Orchestra Mberikwazvo.

However, it seemed like Stimela had finally lost her place in the band in 2017 when tuberculosis forced her on a four-month hiatus. Her boss stuck with her, even providing money for medication and ensuring that she got enough to stay afloat while she was bedridden.

She could have been replaced in that period, but she came back to the band to find her chair not just there but warmed up for her arrival. She had lost weight and needed new stage costumes — and that too was arranged.

One wonders, just how dear to Jah Prayzah is this Stimela? How valuable is she that she has survived what most have failed to outlive? In an interview with The Sunday Mail Society, she said she does not know what her boss sees in her but has been told, first by the legendary Cont Mhlanga and then by the late Chiwoniso Maraire, that her talent was “something special”.

Stimela spent a number of years under the tutelage of “master” Cont Mhlanga at Amakhosi Theatre in Bulawayo before moving to Harare. She is revered bassist and jazz musician Edith WeUtonga’s young sister and together they were part of an all-female ensemble, Amakhosikazi. That is not all. Her uncles are the founding voices of CCAP Voice of Mbare. Musical talent seems to run in the family, and according to Stimela, it is on her maternal side of her kinsfolk.

She has worked with Amakhosikazi, Edith WeUtonga, Alexio Kawara, Diana Samkange and Josh Meck. She also did session and recording tasks for the likes of Thanda Richardson, Nesto, Gift Amuli, Tariro Negitare, Simbarashe and UK-based gospel artiste Jane Doka, to name just a few. However, she is a sucker for jazz. Which begs the question of how she became the hyperactive and energetic dancer called Stimela?

“It was not easy,” she said amid laughter as she reminisced about her “trying” first weeks at Third Generation.

“Let me start from the beginning. Sometime in 2010 my sister started her family and baby-making. She was always pregnant, she has five kids. I had to look for work. That is when I joined Alexio until 2013. I then also got to spend time with Josh Meck and Diana Samkange.

“This is around the time that JP (Jah Prayzah) approached me to do his backing vocals for ‘Tsviriyo’. We recorded, had lots of fun and I got paid. As a session artiste, my job was done. It was time to move on,” said Stimela.

Unbeknown to her — Jah Prayzah was not done yet.

“A few weeks later he called me and said ‘who do you want to sing the things you sung in the studio?’. He invited me to his show at Jazz 105. And when I saw Generator gyrating on stage and dancing like a man, I said to myself I couldn’t do it.

“Surprisingly I was paid like the rest of the band even though I hadn’t done anything on the night. It was an appearance fee. He called me again and invited me to more shows in Budiriro and Glenview. Again I got my fees. I was tempted but I doubted I would fit in.”

Her husband, Sam, was to play a crucial role — asking his wife a simple question, “saka urikuda kuramba basa here (are you turning down a job)?”

“We were having financial troubles. I would go for recordings and not get paid. Go to shows and get five bucks, 10 bucks or sometimes work just for transport. So we spoke about it with my husband and agreed. I said I would give it a try,” she said.

And then the trying times began. Military fatigues for a plus-size girl were immediately arranged for Stimela and, of course, the heavy matching boots.

“I went for rehearsals. Makumbo akazvimba (my legs got swollen). We would rehearse at Mama Filo’s house. Congo and Mbera (Third Generation choreographers) treated me like one of the boys. I would literally cry. The fat started to disappear though. It really helped me.”

She had another hurdle to overcome before going on stage. She had never paid attention to Jah Prayzah’s music, even though her husband regularly played the relatively new tunes from the largely unknown artiste.

“JP didn’t give me any music. He said you are a musician you will find your way. I went back to my husband who used to play the songs and he laughed at me,” but he brought out the CDs and we binged on the music.”

“My first show was the funniest. While others were going left — I was going to the front. When others were going down — I would be jumping or worse. These mistakes jolted me. I couldn’t wait for the next rehearsal. I had been used to wowing fans when I was with Alexio — and here I was being stupid.

“JP himself was happy though. He said I would get it right. But I had disappointed myself. However, with practice everything falls into place. At first we used eye contact, they would tell me which routine was coming…” recalled Stimela of her embryonic stage with Jah Prayzah.

It has been over five years. The music influences of the “Jerusarema” hit-singer have taken root. Is the jazz loving Fatima Katiji still able to separate her true self from Stimela?

“…I’m at work at 3rd Generation band. But I have to build and maintain my own brand. Because there shall come a time, when we will be unable to jump like that on stage. Age always catches up.

“Fatima sang ‘Gara Ndichauya’. She is a toned down lady, quiet, sings Afro-fusion with a serious bias towards jazz. However, Stimela is the bundle of energy that works for Jah Prayzah. Stimela is not going to be young forever. But for now — she will continue for as long as her legs can carry her,” she said distinguishing herself from her alter ego.

The Townsend Girls High alumna believes that; “It is those that nurture you that build the final product, the real you.” Thus, her album, due for release this August, will be a reflection of her artistic journey from church choir, to school singing competitions, time at Amakhosi Theatre, her jazz days and the many bands that she has worked with over the years.

Surprisingly, she said the encouragement to pursue her own sound and music actually came from Jah Prayzah.

“He said to me ‘takangogara panapa (we are just seated here), the studio is there, the engineers are there — make use of it. Do you want to wait until you have to pay? Unofanirwa kuva nechinhu chaunoti ichi ndechanguwo ichi (you should have something that you call yours).’ I quickly grabbed the opportunity.

“His manager has spoken to me about it. He says, and I believe him, that we can work it out no matter how big my brand becomes as long as I still want to be a part of the band. Keen gave me amazing support on this single, the same way he ran around with JP when I got sick. I have no doubt they’ll help with the album as well.” Sunday Mail

‘I heard Jah Prayzah was cruel’