Milutin “Micho’’ Sredojevic is a wily and widely-travelled coach with vast knowledge on African football so much that when he speaks, many in the continental game pay attention. 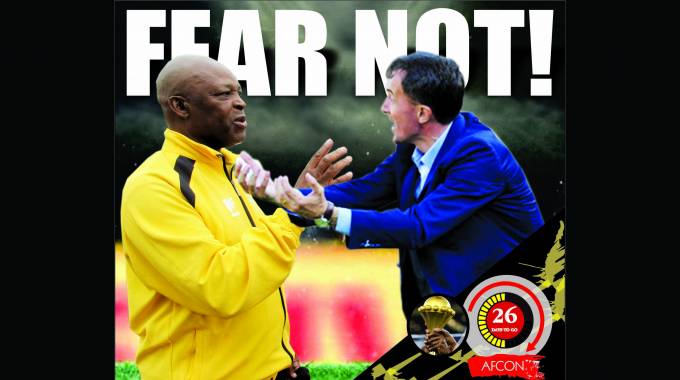 The seasoned Orlando Pirates coach this week spoke to the Sunday Mail Sport about the Warriors and their 2019 African Cup of Nations campaign which bursts into life at the Cairo International stadium on June 21 with a Group A showdown against hosts Egypt.

Zimbabwe’s other opponents in that group are Democratic Republic of Congo and – the team that Sjredojevic helped end a 38-year wait to return to the continental showpiece – Uganda.

“I regard Group A and Group D as the most competitive in AFCON. Any team can top that group. It is a group where anyone can beat anyone, very competitive group that gives you the platform to go very far if you pass the first round stage.

“I believe that at least one of the finalists at this tournament will come from teams in Group A’’. Micho as the Serbian is popularly known, said although so much attention was being put on Egypt’s talismanic forward Mohamed Salah, he had a different opinion and believes the biggest threat to the Warriors in their showdown with the Pharaohs could be “the fear factor’’.

The Buccaneers gaffer who has seen coaching duty in the former Yugoslavia, Ethiopia, Sudan and Rwanda, argued that while Salah’s talent, impact and threat to any opponents is undoubted, he has his questions on whether the English Premier League Golden Boot award winner would be in the best of physical shapes to light up the Nations Cup showpiece.

Micho said a demanding and exhaustive season with Liverpool which will culminate in next Saturday’s UEFA Champions League final between Tottenham Hotspurs and the Reds at Spain’s Wanda Metropolitano, could weigh heavily against Salah when he steps up for Nations Cup duty for Egypt.

It is against the background of the questions he has over Salah’s physical and mental readiness to explode in Cairo that Micho wants Sunday Chidzambwa’s men to defy the odds and to grind a result in their opening game against the Pharaohs.

After having such a tiring season like what Mohamed Salah had with Liverpool and with the UEFA Champions League final still to play and then the Africa Cup of Nations, it would be taking a masterpiece to be ready to push him into that.

“I believe that names do not play football it is players that play football so he will be exhausted…yes there will be that patriotic motivation, the demand of the Egyptian people 100 million plus of them that are demanding that Mo Salah lead the Pharaohs to win the Africa Cup of Nations.

“But at the same moment I have questions about his physical state, his mental state but I have no doubt about the state of his technical and tactical abilities to serve the team in the best way,’’ Micho said.

Micho believes that the Pharaohs under new coach Javier Aguirre will give Salah a free role adding that it is imperative that the Warriors ensure the “ball is not served to him in the match and that he is not allowed to freely express himself.

“With Javier Aguirre he is playing a different position, a bit freer role, with Hector Cuper (former Egypt coach) he was just keeping himself on the right side and operating from there.

“Now he will have a free role and I believe he will add value but at the same time far from the fear factor when you enter the game with fear of Salah you are practically bringing yourself into a negative position so no team playing against them has a right to take a fear factor.

“He is a human being, he is coming from a tiring season and as such you have to be extremely motivated to put him out of the game and to not allow the ball to be served to him and allowing him to expresses himself.

The former Uganda Cranes coach also called on the Warriors to ignore the intimidating atmosphere that will greet their arrival at the Cairo stadium on June 21.

“Zimbabwe need to switch off from the occasion (huge crowd) and take an approach to just play the match and I believe the warriors will be the surprise package of this AFCON,’’ Micho said.

He also spoke about his Pirates pair of the versatile Marshal Munetsi and winger Kuda Mahachi who have been drafted into the provisional Nations Cup squad after playing key roles in the qualifiers.

“Marshall and Kuda are coming to the squad with the top platform of being in a team (Pirates) that has taken so much care of tactical awareness to the deepest possible details that have made them mentally strong, physically fit and technically competitive and when they come to the Warriors squad I believe they will be competitive enough to help the team to compete.

“We have used Marshal as a central defender and occasionally as a midfielder, I know that in the national team he has been used as a midfielder. He is a utility player he can serve the team in any position the team requires.

“Kuda had problems with injury but he is coming fully ready now with the confidence and he is a player that can come on with the impact of fresh legs. He is one player who with one touch can change the direction of the game,’’ Micho said. Sunday Mail