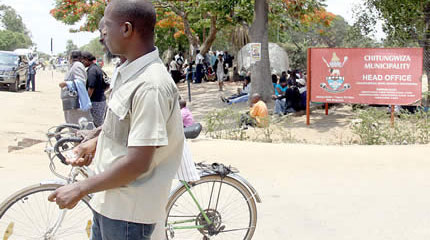 A recent council report reveals that current employees are owed over $16 million while the human resources department could not ascertain the arrears for March.

“We could not establish a reasonable basis for March 2019 employment costs because of increased difficulties associated with estimating salaries for one payroll because the human resources department inherited a payroll which was behind by seven months in September 2018.

“There is a monthly obligation of $88 000 that should be paid to former workers. Challenges facing the department are the late payment of salaries.

“Whilst council has enjoyed a stay in terms of labour related issues due to payment plans and deeds of settlement, council is struggling to fulfil its obligation which may result in resurgence of court cases,” she said.

“Of these 89 cases, 45 are being handled by human resources whilst council lawyers are handling 44 cases.” The Herald

Super distances self from anti-Madinda conspiracy

Garbage man run over by truck