The Harare City Council yesterday received four trucks and one front end loader in a move set to help restore the sunshine status. 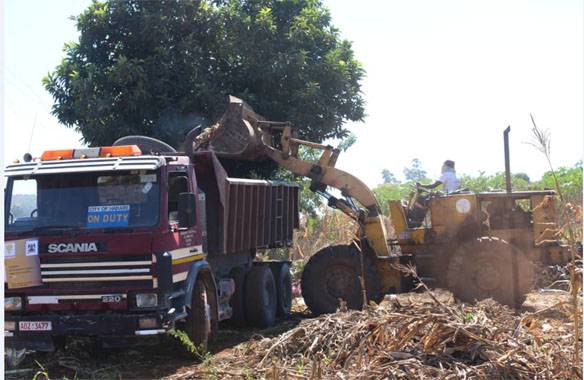 The presentation, which was courtesy of Con-Plant Technology was held in Dzivaresekwa where a clean-up was conducted.

“We cannot expect things to happen on their own, rather we lift the first foot forward and make it happen hence we are saying to the residents let’s not make peace with dirt.

Chiondegwa urged residents to desist from blaming council urging them to also take responsibility in keeping the environment clean.

“It is the Harare City’s obligation to ensure that their environment is maintained.

“Whilst we always find it easy to blame the city council, what are we doing also as responsible citizens? Let’s take it upon ourselves to complement the city of Harare. Cleanliness starts with me and it starts with you.” H-Metro

Prosecutor in trouble over Chombo