Ngezi Platinum will now need to perform better than the 2018, 2017 and 2016 champions in the remaining games, if they are entertaining chances of winning the 2019 league title. 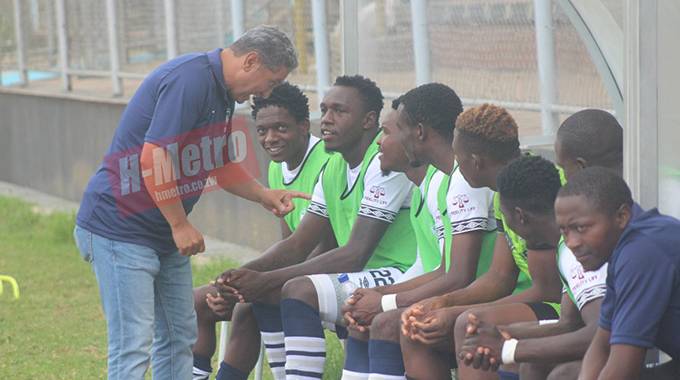 This is against the brutal reality that Erol Akbay charges have equaled their worst start in the first five games, in terms of points collected, since they gained promotion.

Whichever way you look at it, Madamburo have been poor by their own standards and Akbay was forced to admit that in their last goalless draw with Herentals.

“It was not good today. Possession was very low and tempo was very low. Everything was actually very low. And that is why you cannot win if you play like this,” Akbay concluded.

Although Ngezi have now equaled their worst start to a season in the first five games in terms of the points, the finer details could be more depressing for their fans.

They have conceded the highest number of goals, at five, in the period under review since 2016.

In the same first five games, Ngezi have scored the lowest number of goals, five, compared to the other four seasons, creating the worst goal difference in the process.

Ngezi Platinum’s best record in the first five games of the season was last year when they managed to win all the games.

Their second-best record was in 2017 when they managed 10 points from the same number of games.

It was also in 2017 that Ngezi Platinum was most lethal in attack, managing to score eight goals in those five games while their best defence show was last year when they kept five clean sheets to this stage.

So far, Ngezi have managed a point from their three away games while managing a perfect start at Baobab. They lost by an identical 2-1 score line away to Triangle and Hwange.

Akbay’s latest excuse was the condition of the pitch, among other factors.

“We have to play football and that is our biggest problem. When the grass is very high, you cannot play football. The boys had it very difficult with the pitch.”

There will be more poor surfaces they will play on this season, but not reason to lose hope.

Monoz class of 2008, which turned around the season after losing the first four games of the season and winning the fifth, is a reminder of how dramatic football can be.

If Akbay is now aiming to surpass the 2018 record of 78 points set by FC Platinum, they will need at least 71 points from the remaining 87 points at stake, an 81.6 percent success rate.

This is against the background that, after collecting 13 points in the first five games last year, champions FC Platinum managed another 65 points in the last 29 games, a 74.7 percent success rate to be crowned champions.

In 2017, after collecting 11 points in the first five games, FC Platinum needed another 61 points in the last 29 games, a 70.1 percent success rate that gave them their first title.

An incredible CAPS United class of 2016 under Lloyd Chitembwe managed 13 points in the first five games before adding another 50 points from a possible 75 for a 66.7 percent success rate. It was a highly competitive season when the teams were still 16 and FC Platinum pushed them to the limit, finishing two points behind.

To put Akbay’s mammoth task into perspective, it must be appreciated that even Monomotapa’s great comeback of 2008 needed a massive 76 percent success rate in the remaining fixtures after the first five games. Monoz managed 57 points from a possible 75.

Will Akbay manage to go against the grain or will Ngezi Platinum count the costs of a new start by end of season?

Ngezi Platinum 2-0 How Mine