“Easter is gone and it’s time for miracles”!

The above phrase has become popular among many Christians in Beitbridge town, who believe that the hand of God saved 44 people from death by fire in less than 24 hours. 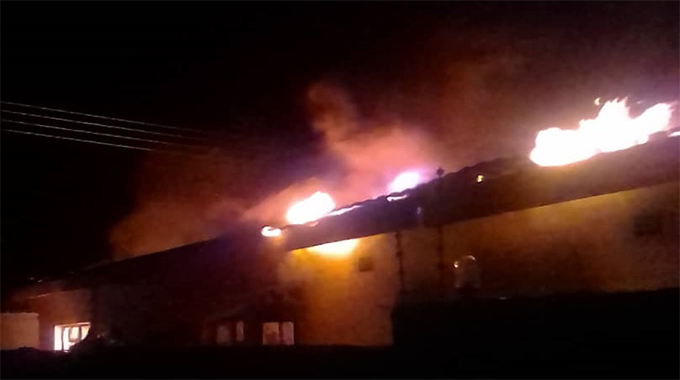 On Tuesday morning, 34 people cheated death when a Bulawayo-bound Greyhound (double decker) bus caught fire at the 35 kilometre peg along the Beitbridge-Bulawayo Road.

All the passengers escaped unhurt after the driver stopped the vehicle before it was engulfed by fire.

The bus and a trailer laden with an assortments of goods worth thousands of dollars were reduced to shells.

Early yesterday, 10 people, among them four minors, escaped death by a whisker when a house they were sleeping in caught fire in Tshithaudze Suburb (formerly Hlalani Khuhle/Garikayi).

Beitbridge Municipality’s Head of Emergency Services Mr George Maseko said the fire broke out at around 5am.

He said the house and a vehicle which was parked in the yard were reduced to shells.

“The cause of fire is still unknown though initial investigations point to an electrical fault,” said Mr Maseko.

“The occupants said the fire started in the main living room after one of them noticed some sparks on one of the bulbs. She then screamed to wake up other tenants.

“We were summoned to the scene, but unfortunately our team was attacked by a team of residents armed with axes, prompting us to call the police.

“So far two people have been arrested in connection with that violence. We managed to put out the fire which had spread to other rooms, destroying household property and other valuables. We estimate that the total cost of the property lost is thousands of dollars.”

Mr Maseko said the victims used an axe to cut burglar bars and force open a door to escape the fire.

He said a man in the house suffered from possible chemical pneumonitis (inflammation of the lung caused by aspirating or inhaling irritant).

“The man inhaled a lot of smoke while rescuing his children who had been trapped in one of the rooms during the fire,” said Mr Maseko.

Though the price of the house and property is yet to be ascertained, it is estimated that a house in the high density suburbs of the border town is worth between US$60 000 and US$80 000.

Assistant Regional Immigration officer-in-charge of Beitbridge Mr Nqobile Ncube said; “The house was being partly used by one of our guards, Mr Sibanda and his family. The fire gutted the whole house and his car. They were left with only what they were wearing.

“Mr Sibanda is hospitalised due to smoke inhalation as he tried to rescue the children, but his family is safe and we have moved them to another place.

The latest incident brings to six the total number of severe fires that have occurred in the border town since the beginning of the year.

In January, property worth $190 000 was destroyed when a customs warehouse caught fire on the export section within Beitbridge Border Post. Five other houses in the town were destroyed by electrical faults and gas-related infernos. The Chronicle