A woman from Sizinda suburb in Bulawayo threw her six-month-old baby and jumped together with her mother from their first floor room when it caught fire at Sizinda Flats yesterday morning. 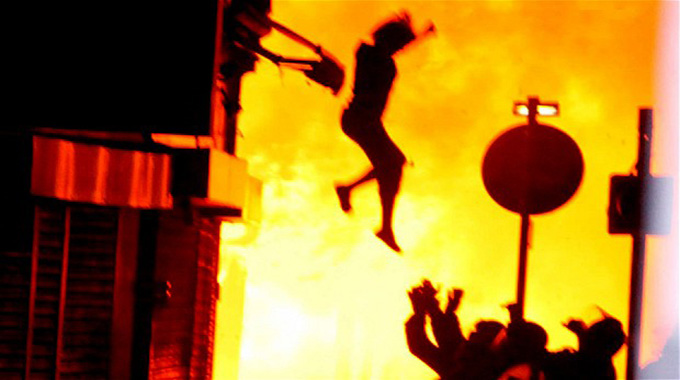 The baby escaped without a scratch after a neighbour Ms Betty Phiri managed to catch her before she hit the ground but the two women fractured their legs.

The incident occurred at about 9AM.

The woman and her mother were rushed to Mpilo Central Hospital where they are admitted.

Ms Phiri said the woman did not warn anyone that she was throwing the child through the window.

“I can’t say I planned to catch the child because I was coming from the neighbourhood when I saw smoke coming from the window of their bedroom.When I was still trying to comprehend what was happening, I heard screams coming from their room as the baby’s mother shouted that they were being consumed by fire,” said Ms Phiri.

She said that when she looked up, she saw the mother dangling the infant by the window and then seconds later she released the child.

Ms Phiri said after dropping the child, the child’s mother and her own mother jumped through the same window and they both sustained fractured legs. She said the three were rushed to Mpilo Central Hospital while neighbours assisted the Bulawayo Fire Brigade to put out the fire.

A Chronicle news crew tracked the family members to Mpilo Central Hospital but they refused to speak about the issue saying it was a private matter. They also refused to give their names.

Bulawayo acting Chief Fire Officer Mr Edward Mpofu said the two women panicked after the fire broke out hence they jumped through the window instead of using the door to escape.

He said the fire was started by a boy who could be three years old who used a stick of matches to torch some clothes in the wardrobe. The Chronicle.

Bosso to get new re-branded kit