Some members of a Bulawayo family are not happy that former Warriors coach Charles Mhlauri wants to backtrack on an earlier agreement at the same time defaulting on payments for using their fowl runs to breed his chickens. 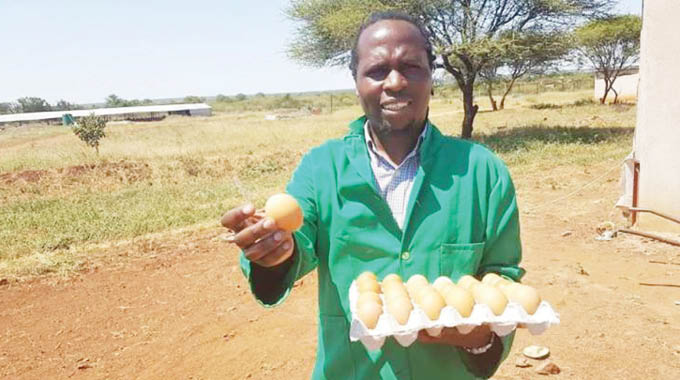 The America-based football coach now owes the Greenland family US$5 000 but allegedly wants it to be commuted to RTGS$5 000.

The arrears date back to between three and four years. He rents the family’s fowl runs at a plot situated in Bulawayo’s Trenance suburb where he raises chicks and then takes the grown layers to his plot close by.

“He has not paid rent for the usage of our fowl run. We agreed that he rents in American dollars but he is trying to change it to bond notes. He owes us US$5 000 now,” said an angry family member who refused to be named.

B- Metro got hold of Mhlauri in the United States. He said it was too early to bother him and asked for this reporter’s contact details. Later during the day and after repeated efforts to get a comment from him, the gaffer simply blue ticked WhatsApp messages sent to him.

Despite owing the family, his project is a noble initiative. In a video that went viral on social media when he started the project, Mhlauri said it was his fall-back plan.

“This is a project I came up with based on the principle that I need to have a project after my soccer coaching. When my career ends I need to have something running. I don’t want to rely on soccer,” he said.

He added that his wish was always to teach players on how to become viable after retirement.

“My philosophy when I was coaching was always to tell my players to plan ahead. All the teams I have coached I have forced my players either to go back to school or to have a qualification because the soccer life is a short lifespan.

“I have seen professions where players that make millions but when their careers end, it’s a pathetic story. I try by all means to lead by example, I have brought in a few of my players down here (plot) to see what I’m doing and really I would love these players to do the same,” said Mhlauri, who now runs his own soccer academy, CM International in the USA.

Mhlauri is one of Zimbabwe’s most eminent soccer coaches who had a successful stint with Makepekepe after winning back to back premier league titles.

He is only the second coach in the country’s football history to have guided the national side to the Africa Cup of Nations in 2006 after Sunday Chidzambwa.

In 2005, Mhlauri became only the third coach to win the Cosafa Castle Cup when Zimbabwe beat Zambia 1-0 in the final played in Mmabatho, South Africa. B-Metro

Asaph opens up on addiction

The job that no one wants